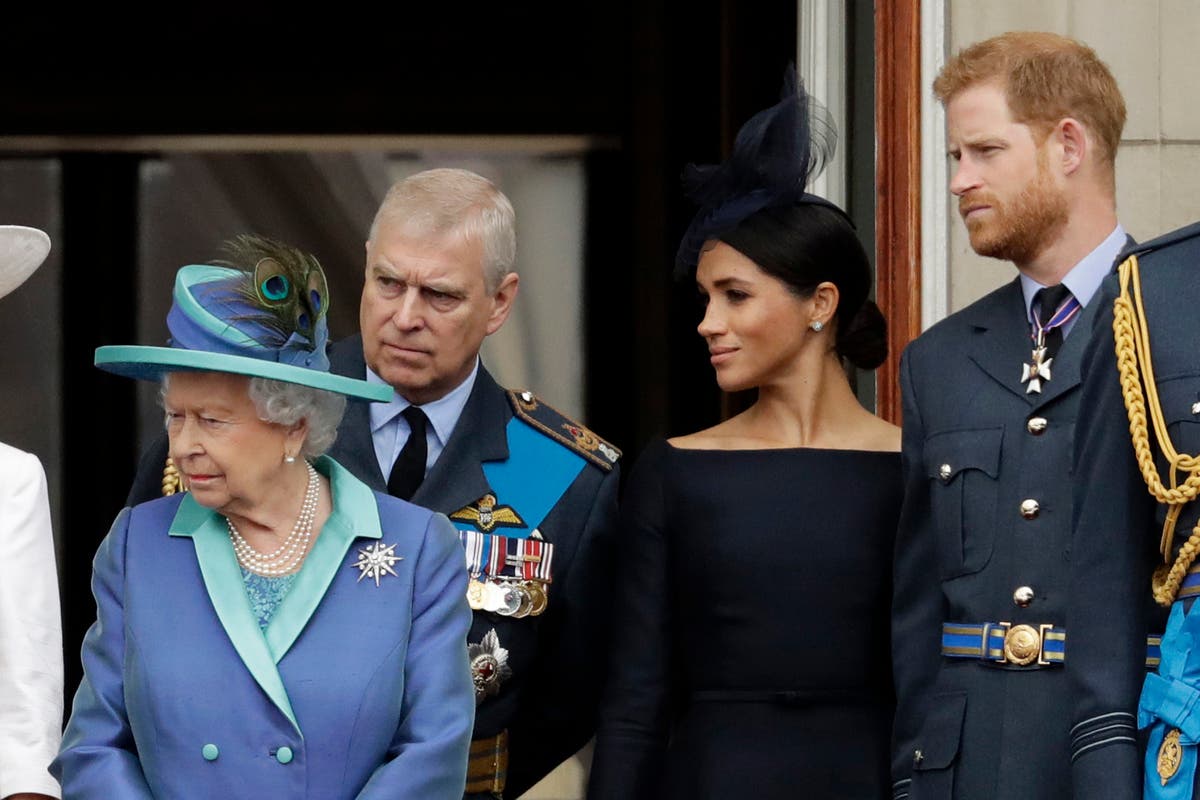 Valuable Art Was Sold at Low Prices. Prosecutors Say It Was a Scam.

The Duke and Duchess of Sussex will join the royal family at Trooping the Colour on Thursday – though the Queen will not be with them.

Last week, Buckingham Palace announced the Queen has decided to limit the balcony line-up to working members of the royal family, appearing to rule out the couple who abandoned royal duties in 2020 and Prince Andrew.

But the palace announced at the last minute that Harry and Meghan will watch the salute to the Queen from a prime vantage point with members of the monarchy from the Duke of Wellington’s former office, overlooking Horse Guards Parade.

In the Queen’s place Prince Charles will inspect the guardsmen and officers and take their salute.

After the ceremony, the Queen will stand on Buckingham Palace’s balcony, with her cousin the Duke of Kent, Colonel of the Scots Guards, to acknowledge the salute of the returning Household Cavalry Mounted Regiment.

She will later join working royals on the balcony to watch the traditional fly-past of aircraft.

The Duke of York, who left public duties in disgrace after his US sex lawsuit, is not expected to join the royals.

The Sussexes were already set to join the congregation for Friday’s service of thanksgiving for the Queen’s 70-year reign at St Paul’s Cathedral.

They are travelling with their children, three-year-old Archie and Lilibet who turns one on Saturday, and their visit to mark the Queen’s platinum jubilee has sparked rumours the couple will have their daughter christened with the monarch present.

It will be the first time the duke and duchess will have brought Lilibet, who was named in honour of the Queen, to the UK.

Charles, who normally takes part in the Trooping ceremony on horseback in his role as Colonel, Welsh Guards, will be joined by the Duke of Cambridge, Colonel, Irish Guards and the Princess Royal, Colonel The Blues and Royals, who are also mounted.

Members of the royal family who will travel to Trooping in the traditional carriage procession include the Duchess of Cornwall, Duchess of Cambridge, Earl and Countess of Wessex and their children Lady Louise Windsor and Viscount Severn.

The royal house has several large public events planned to mark the Queen’s 70 years on the throne.

Wait, What? Man Addicted To Pepsi Drank 10 Litres A Day For 20 Years

Daily Harvest sued over illness linked to lentils, but cause remains a medical mystery