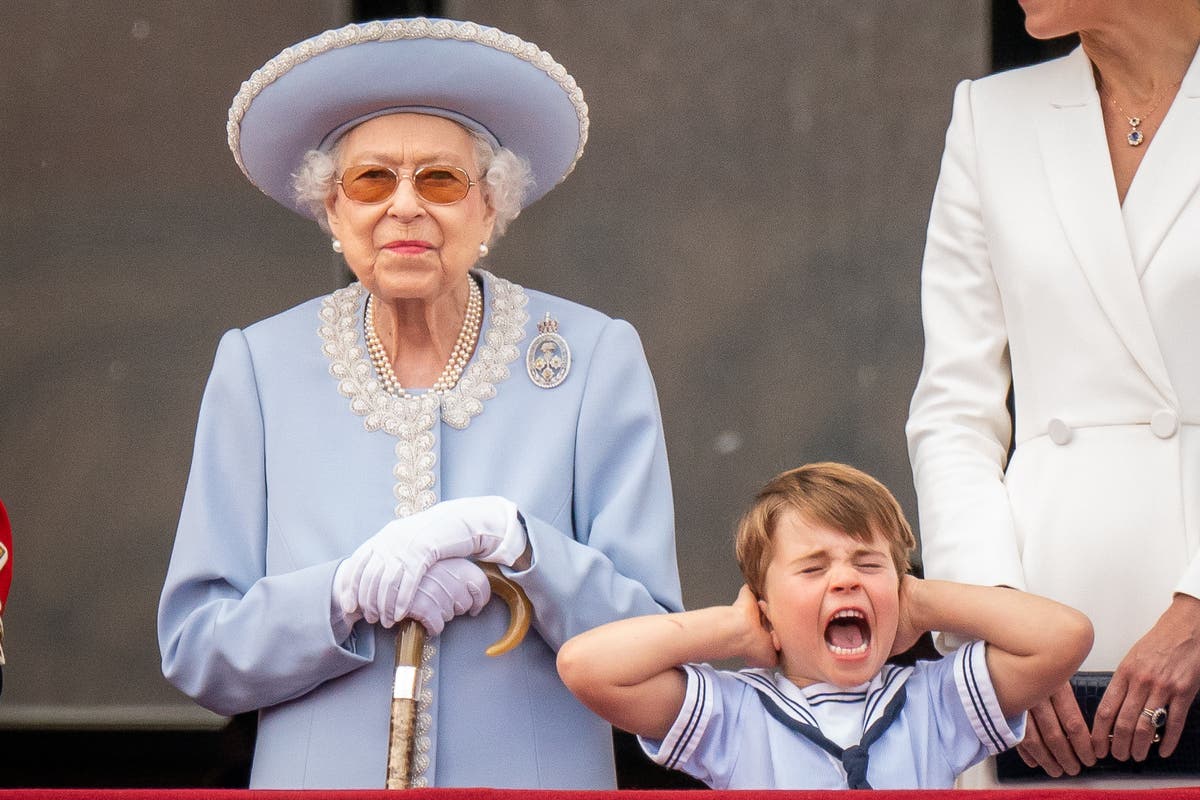 Looking for Some June Getaways? Places in Northeast India Nobody Told You About

The Queen’s platinum jubilee celebrations are well underway, with the Royal Family taking part in the monarch’s official birthday celebrations on Thursday and attending a Service of Thanksgiving on Friday.

In honour of the Queen’s historic 70-year reign, the Duke and Duchess of Sussex have also returned to the UK with their two children, Archie, three, and Lilibet. Lilibet will turn one years old on Saturday 4 June.

To the delight of fans, the couple were spotted watching Thursday’s Trooping the Colour parade from a window at the Major General’s Office.

On Friday, Prince Harry and Meghan Markle were met with loud cheers as they joined other members of the royal family for a service at St Paul’s Cathedral.

Separately, the youngest Cambridge child, Louis, won the hearts of the public as he joined his family on the balcony of Buckingham Palace to watch the Royal Armed Forces flypast for the first time.

The four-year-old was photographed pulling several animated faces, covering his ears and screaming into the air.

Here are our favourite moments from the Queen’s platinum jubilee celebrations so far.

The Queen was all smiles as she appeared on the balcony of Buckingham Palace during the Trooping the Colour parade on Thursday.

The monarch carried out her signature wave wearing a powder blue Angela Kelly design. The coat dress featured a pearl and diamante trim, which she paired with a matching hat.

The Queen also wore a Guards Badge, which was pinned to her left side.

The Duke and Duchess of Cambridge’s three children, Prince George, Princess Charlotte, and Prince Louis, joined the royal procession in the Trooping the Colour parade for the first time this year.

The young royals sat in a carriage with their mother, Kate Middleton and the Duchess of Cornwall.

The children delighted crowds as they waved and pulled faces at onlookers. Prince Louis seemed particularly enthusiastic about the event, excitedly waving his hands at spectators and contining even after his siblings stopped.

Noticing Louis’ waves, Princess Charlotte was seen gently moving her younger brother’s hand down. But this was to no avail, as Louis ignored his sister’s instruction and continued waving at people on the Mall.

The act was caught on video and quickly went viral and prompted many reactions from social media users.

One person wrote on Twitter: “Prince Louis deploying some Olympic level waving. Being stopped by Princess Charlotte and then immediately starting again irregardless is now the high point of the whole thing.”

Prince Louis was the gift that kept on giving on Thursday.

Shortly after joining the procession by carriage, he also appeared on the balcony of Buckingham Palace alongside the Queen and other members of the royal family.

The four-year-old was said to have “stolen the show” during the highly anticipated event, as he stood next to the Queen to watch the Royal Armed Forces flypast.

While his siblings looked on, Louis pulled several animated faces, covering his ears and screaming into the air.

The Duchess of Cambridge was seen smiling as she struggled to contain her laughter.

The Duchess of Cambridge offered a subtle tribute to her late mother-in-law.

Arriving at the Trooping the Colour parade on Thursday, Kate wore a pair of diamond and sapphire earrings that once belonged to Princess Diana.

The drop earrings are made up of two blue sapphires, each of which is surrounded by a halo of small diamonds.

Diana wore the earrings on several public occasions before her death, including the 1996 Met Gala.

While the Duke and Duchess of Sussex did not appear on the balcony of Buckingham Palace on Thursday – the lineup was restricted to working members of the royal family – the couple watched the parade and RAF flypast from the Major General’s office.

For the occasion, Meghan opted for a navy blue off-the-shoulder dress and a large white hat with navy bow, designed by British milliner Stephen Jones.

Eagle-eyed fans noted that the dress looked identical to a navy blue design by Roland Mouret, which she wore in the leadup to her wedding to Harry in 2018.

“Is Meghan, The Duchess of Sussex wearing her @RolandMouret Roland Mouret Navy ‘Barwick’ Dress at #TroopingTheColour today?,” one Twitter user wrote, along with a photo of Markle at the parade and a photo of Mouret’s dress.

Arriving at the Trooping the Colour parade on Thursday, Prince Louis, four, donned a sailor’s suit which looked strikingly similar to one worn by his father in 1985.T

The Duke of Cambridge wore a pale blue sailor’s suit to the Queen’s 59th birthday parade when he was three years old.

Social media users quickly noted the resemblance to William’s earlier outfit, with some posting side-by-side comparisons of the pair.

“Louis, our favourite Boss Baby, is wearing a Prince William original,” one person wrote on Twitter.

The British Army has gifted the monarch a hand-crafted walking stick for her platinum jubilee.

The Queen, who has been experiencing mobility issues over the past year, appeared on the balcony of Buckingham Palace during the Trooping the Colour ceremony carrying a walking stick made by Cumbria-based traditional stick maker Dennis Wall.

The army said the gift was a symbol of its support. The walking stick is made of mottled hazel, locally sourced in Cumbria, the Ministry of Defence said.

The wood is thought of as a protective talisman in English mythology and is traditionally known in Ireland as the “Tree of Knowledge”.

On Thursday, the palace confirmed the Queen would not attend a Service of Thanksgiving at St Paul’s Cathedral on Friday due to mobility concerns.

In a statement, it said the monarch had experienced “discomfort” during Thursday’s festivities.

Meghan and Harry were spotted playing a shushing game with a few royal children during Thursday’s celebrations.

In photographs obtained by Daily Mail, the Duchess of Cambridge was seen laughing and smiling with Peter Philip’s daughters, Savannah, 11, and Isla, 10, and Mike and Zara Tindall’s children, Mia, eight, and Lena, three.

Meghan was seen playfully telling the children to remain quiet during the event, smiling as she put her finger towards her mouth. Separately, Harry was seen shushing his cousin, Lena.

Both the Duke and Duchess of Sussex’s gestures echoed an old photo of Harry from 1990.

The similarity was noted by social media users, who drew comparisons with an image of a then five-year-old Harry shushing his cousin Princess Beatrice, by placing his hand over her mouth.

The Archies: Tara Sharma Gives A Shout Out To Khushi Kapoor And Suhana Khan. Shares A New Update

“I am not OK”: Man recalls friends being killed in Club Q mass shooting

To Birthday Girl Aishwarya Rai Bachchan, With Love From Anushka Sharma, Katrina Kaif And Others

Looking for Some June Getaways? Places in Northeast India Nobody Told You About