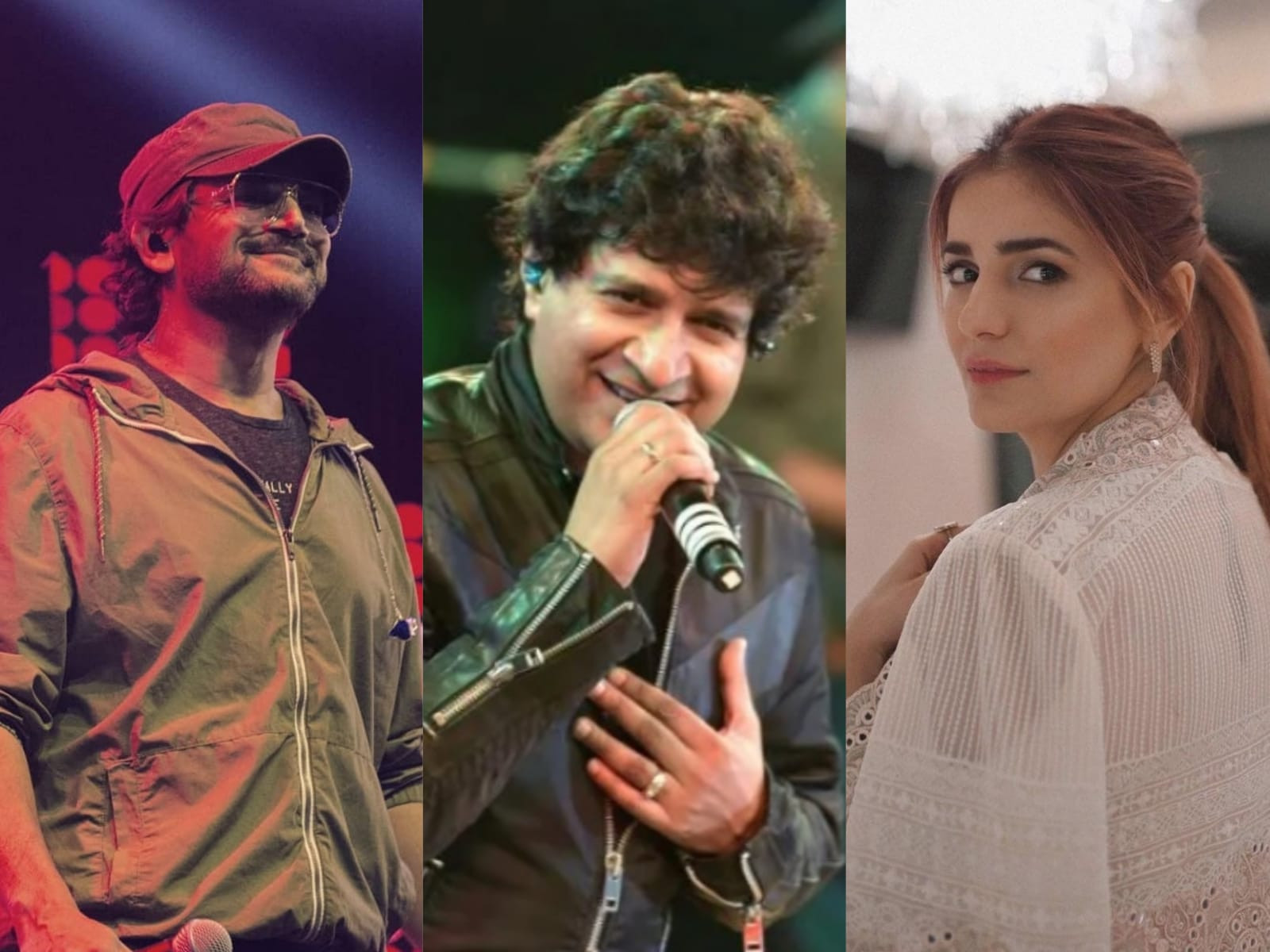 ‘Sweating profusely’: Fans share startling details about the concert, after which KK died of heart attack – Times of India

It’s a sad week for music lovers. After the sudden loss of rapper Sidhu Moosewala, the Indian music industry lost another gem, the legendary singer Krishnakumar Kunnath, better known as KK on Tuesday night. Known for his romantic ballads, the 53-year-old died after falling ill while performing at a crowded indoor stadium in the eastern Indian city of Kolkata, Indian media reported.

Given the incomparable discography of Kunnath’s work, tributes for the singer poured in from both sides of the borders, as artists extended their condolences to his family and loved ones. Indian Prime Minister Narendra Modi tweeted, “His [KK’s] songs reflected a wide range of emotions as (they) struck a chord with people of all age groups. We will always remember him through his songs.”

Saddened by the untimely demise of noted singer Krishnakumar Kunnath popularly known as KK. His songs reflected a wide range of emotions as struck a chord with people of all age groups. We will always remember him through his songs. Condolences to his family and fans. Om Shanti.

Singer Armaan Malik called it a “black year for Indian music” on the micro-blogging site. While actor Abhishek Bachchan thanked KK for sharing his talent with the world.

Black year for Indian music. Lata didi, bappi da, sidhu paaji and now KK sir. These losses.. all of them feel so personal.

This is such shocking and sad news. KK, thank you for sharing your talent with us all. Gone too soon. Rest in harmony!

In his condolences, Bollywood’s Ajay Devgn lamented how KK’s music being associated with his films had made his loss “much more personal”.

It seems so ominous. The news of KK’s death that too right after a live performance is terrible. He sang for films I was associated with, so his loss seems that much more personal.
RIP #KrishnakumarKunnath.
Prayers & condolences to his family🙏 pic.twitter.com/HOOjgs4tY5

Cricketer Virat Kohli also lamented the sudden loss of a “magnificent singer of our times.” He added, “Condolences to his family and close ones.”

Lost a magnificent singer of our times and so suddenly. Condolences to his family and close ones. #KK🙏

Equally affected by the grave loss, celebrities from Pakistan also took to their social media handles to express their shock at the sudden passing of the star.

Singer Momina Mustehsan took to her Instagram stories with a collage of Moose Wala and Kunnath’s picture to share how the “heartbreaking” news of their loss served a reminder of “human mortality” and “legacy”.

“These gentlemen will live forever – not just through their craft and contributions to music but for their service to humanity,” she penned.

Actor Minal Khan re-shared a report of KK’s passing on her Instagram Stories to express her disbelief. 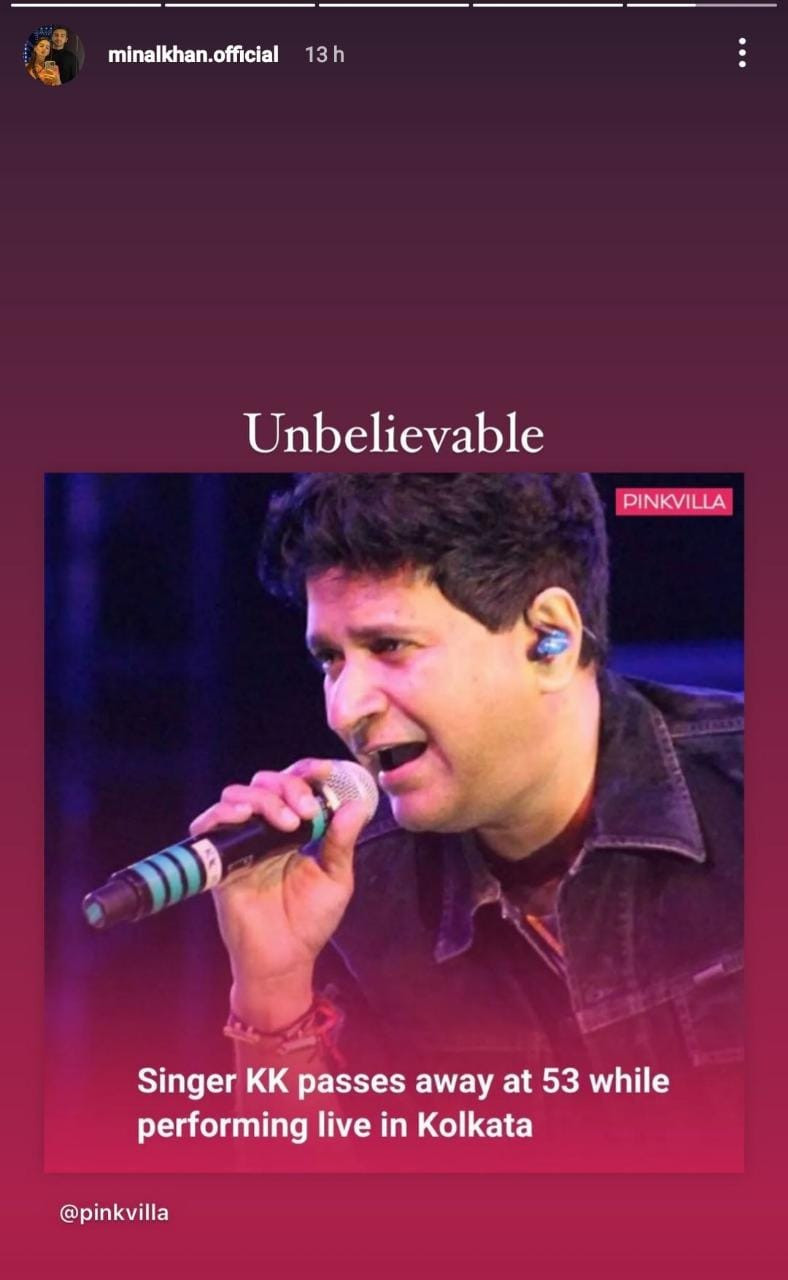 Singers Farhan Saeed and Bilal Maqsood also shared the news on their Instagram handles with KK’s hit song Pyaar ke Pal, which also happens to be one of the songs he sang before his demise. 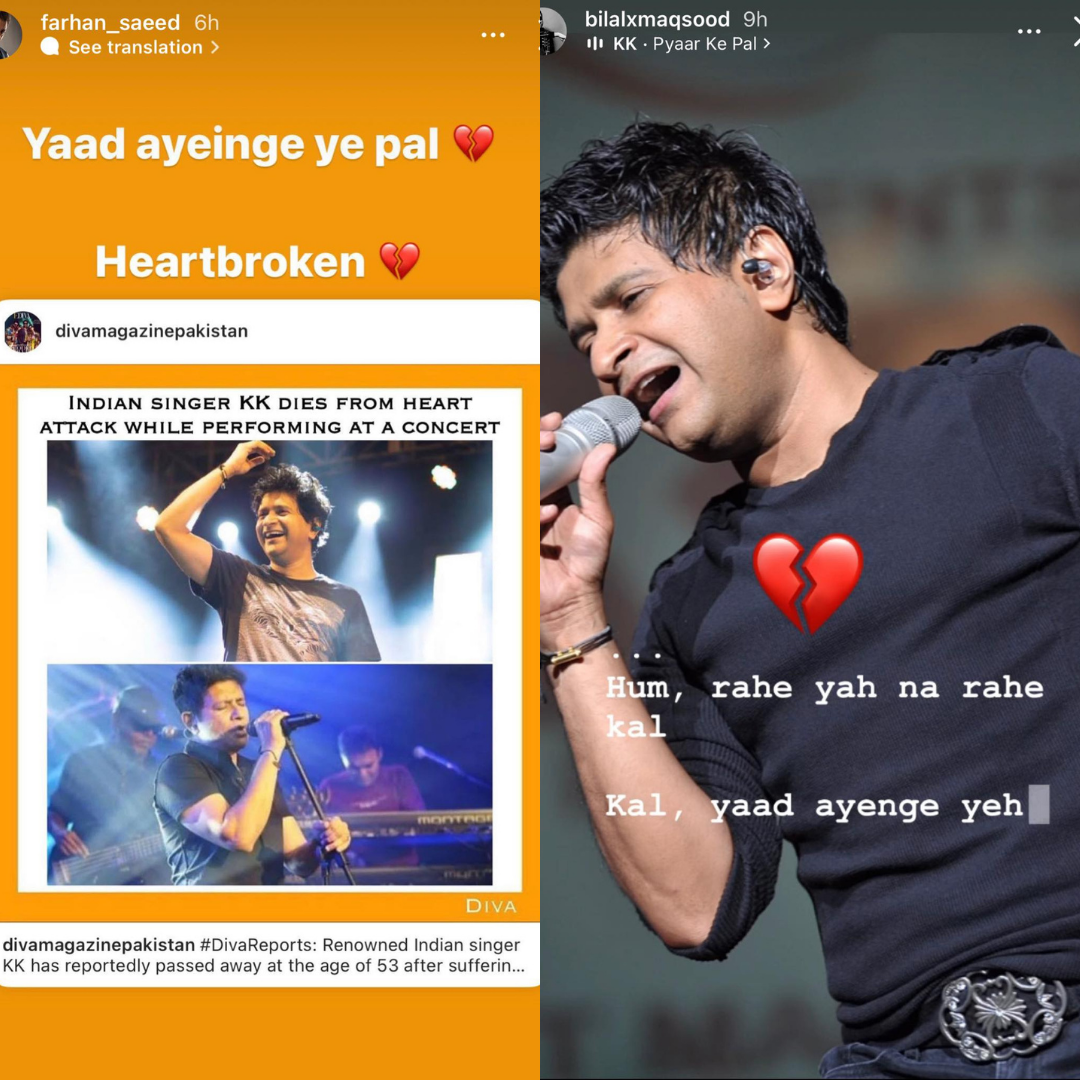 Singer Faisal Kapadia shared KK’s photo to his Instagram and wrote, “I am shocked… can’t believe it. Always loved his work and his soulful voice. Gone too soon”.

Like many of us, KK’s songs comprised the radio host Dino Ali’s favourite childhood tunes. He penned a post dedicated to the late singer with a series of Kunnath’s pictures along with Ali’s rendition of his song Pyaar ke Pal.

He wrote that KK’s album Pal was something he listened to as a teen. “I remember being a young boy in my room singing along to every song knowing every word and would mimic your [KK] tone, your long notes, your style. You were one of the few artists that I had heard singing western soulful melodies in Urdu/Hindi and I knew I wanted to do the same.”

He also mentioned that he has sung many of KK’s songs and every time he does, it brings him so much joy because it reminds him of the “cherished memories with loved ones” who are here and those who aren’t.

“You were my musical hero and as anyone knows I have said this many times you are and will always be one of my favourites. I will always be sad that I never got to tell you in person how much your music your artistry means to me how you inspired me – but I remember you and your loved ones in my prayers – RIP legend – thank you for your music thank you for the memories, sir,” he concluded.

A Thanksgiving Binge Menu: 7 Fall Shows You Might Have Slept On

From Skin To Hair Issues, Here’s Why Baking Soda is Your Go-To Solution

The 2022 Vancouver Outsider Arts Festival — BC Alliance for Arts + Culture