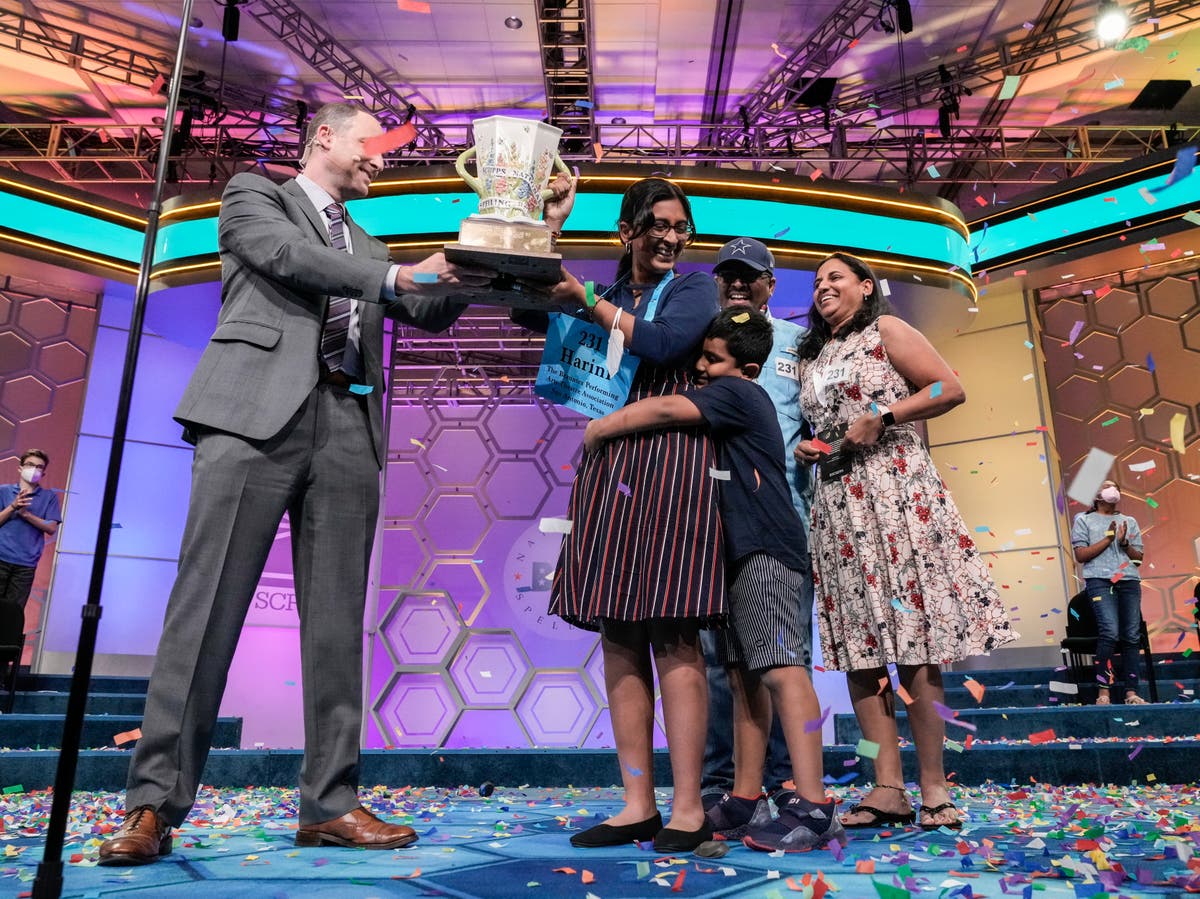 Harini Logan has been named the champion of the 2022 Scripps National Spelling Bee after a historic spell-off.

The 14-year-old from San Antonio, Texas, won the spelling bee in Maryland on Thursday night after its two final competitors entered a tie-breaker round. Vikram Raju – a sixth-grader from Denver, Colorado – went head-to-head with Logan in a spell-off, the first in the history of the Scripps National Spelling Bee.

Raju and Logan were given 90 seconds to spell as many words as possible correctly. The contestant with the most words spelled correctly would win the bee.

“Just so surreal,” Logan said as she held the trophy on stage, adding that this was her fourth time competing at the bee. “This is just such a dream and, wow, I’m just overwhelmed.”

When asked how she felt after learning that the competition would enter into a spell-off, Logan said that she felt “uneasy but I just decided to take it in stride.”

“I think I really just had to take a deep breath and tell myself to just go out there and do my best and whatever happens, happens,” she said.

The moment came after Logan was briefly eliminated from the competition during the multiple-choice vocabulary round on Wednesday, when judges had deliberated on the definition Logan gave for “pullulation”. They then reinstated Logan after deciding that her definition, the nesting of mating birds, was not incorrect. Scripps had originally said the correct answer was the swarming of bees.

The Scripps National Spelling Bee was cancelled in 2020 due to the pandemic, and was mostly virtual with a much smaller contestant pool in 2021. Last year, 14-year-old Zaila Avant-garde made history as America’s first Black winner of the National Spelling Bee. This year’s host of the bee was actor LeVar Burton, who is known for his role as longtime host of the children’s educational program “Reading Rainbow”.

Euro 2022: Can Ada Hegerberg be Norway’s hero? Why winning might require more than just the star’s return

The lives and afterlives of Cold War weapons

“Be Mine,” Writes Arjun Kapoor As He Shares Birthday Post For His “Baby” Malaika Arora. Her Reply