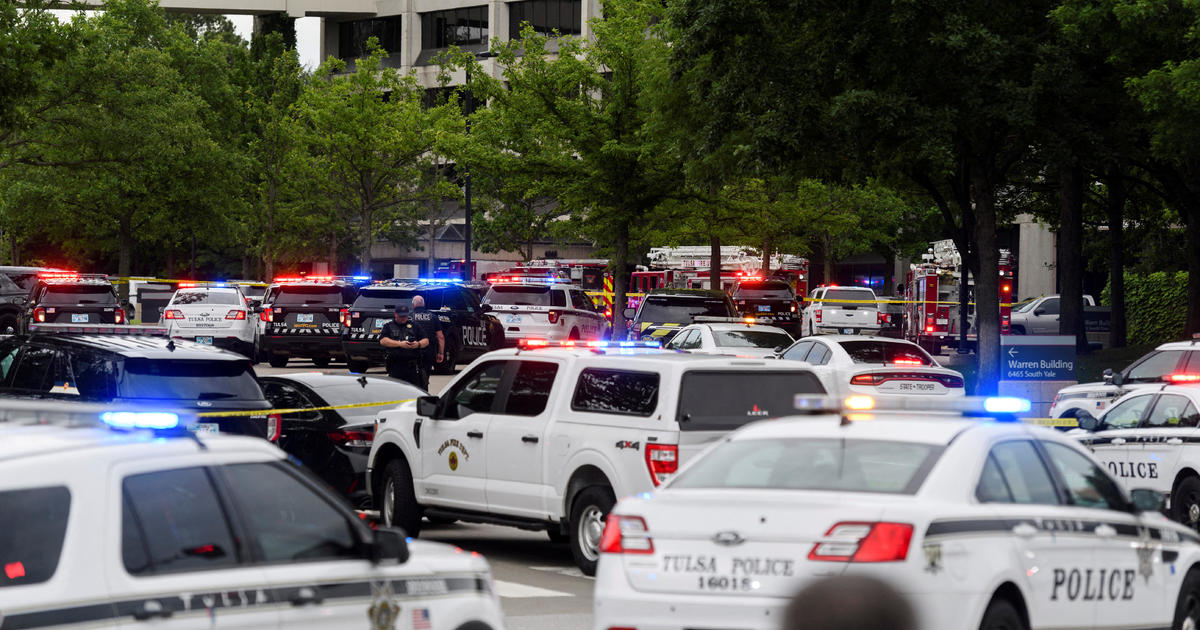 Four people were killed in a shooting Wednesday evening on a hospital campus in Tulsa, Oklahoma, police said. The gunman is also dead of an apparent self-inflicted gunshot wound, according to police.

The shooting occurred a little before 5 p.m. local time on the campus of Saint Francis Hospital, according to the Tulsa Police Department. Officers responded to the scene within three minutes, police said.

The gunman was not identified but was described as a Black male believed to be between 35 and 40 years old, Tulsa Deputy Police Chief Eric Dalgleish said in a news briefing. He was armed with a long gun and a handgun, Dalgleish said.

Officers encountered the suspect on the second floor of the hospital’s Natalie Building, Dalgleish said.

“The officers that did arrive were hearing shots in the building, and that’s what directed them to the second floor,” Dalgleish said.

Both weapons appeared to have been fired, Dalgleish disclosed. The gunman is believed to have shot and killed himself.

“Right now, we believe that is self-inflicted,” Dalgleish said.

Dalgleish said it was not immediately clear if the gunman had targeted somebody specific or if the shooting was random.

Police did not indicate if there were any additional injuries.

Oklahoma Gov. Kevin Stitt in a statement called the shooting a “senseless act of violence and hatred,” adding, “Sarah and I are praying for the families of those who lost their lives and for those who were injured.”

This is a developing story. It will be updated as more information becomes available.

At More Homes, Every Square Foot Is a Stage (for Rent by the Hour)

I don't know how much time I'll have with my kids. I'm trying to embrace the joy in the face of despair.