‘George & Tammy’ Review: We’re Gonna Hold On (Until We Don’t)

Tech tip: 3 steps to make your (or a family member’s) phone safer 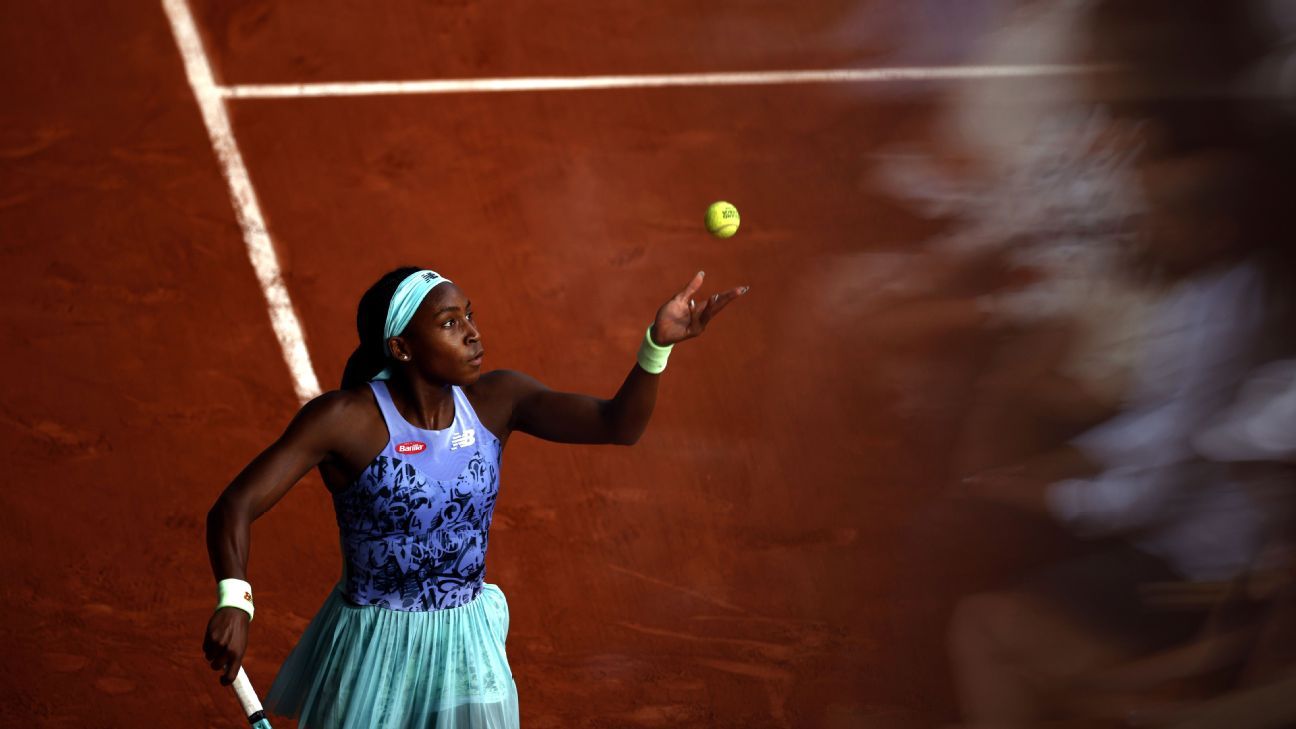 Here’s why the new electric DeLorean is so big

PARIS — After two weeks of play, tennis got “the best women’s final” possible at Roland Garros, where on Saturday, world No. 1 Iga Swiatek and 18-year-old American Coco Gauff will meet for the title.

Swiatek, the French Open 2020 champion, is looking for consecutive win No 35, which would equal the best run this century, a record held by Venus Williams. More importantly, it would give her a second Grand Slam title and cement her status as the undisputed world No. 1.

Gauff, ranked No. 18 in the world, is into her first Grand Slam final after a dream run in which she has not dropped a set, combining class on the court and off it, with maturity beyond her years when discussing anything thrown at her.

ESPN commentator and former world No. 4 Brad Gilbert wrote on social media: “we got the best women’s final.”

With so much talent on the court, the one who handles the pressure and the occasion best will come through. But who will it be?

Why Iga Swiatek will win

🎙️ “I feel like I’m playing better every match” — @iga_swiatek looks back at an impressive semi-final win today:#RolandGarros

Quite simply, Swiatek is the best female player on the planet right now. Since losing to Jelena Ostapenko in February, she has lost just two sets, one in Stuttgart and one in Paris, winning 34 matches in a row and pocketing five titles along the way.

The champion in 2020 when she was 19, Swiatek is a far better player now. The retirement of Ash Barty could have left her bereft, missing a rival and motivation, much as John McEnroe felt when Bjorn Borg quit. Instead, she has grasped the mantle of No. 1 and seems to actively embrace it.

“I’m using No. 1 to put pressure on my opponents,” she said earlier in the tournament.

Her serve is strong, her forehand is deadly, her backhand solid, her belief unstoppable. Much has been made of the work she and her sports psychologist, Daria Abramowicz, have done off the court, keeping her balanced and putting everything in perspective, but Swiatek’s innate ability to find a solution on court when she’s in trouble is equally impressive.

Aggressive on her opponent’s second serve, where she has won 66% of the points, she’ll put pressure on Gauff, whose Achilles heel is her occasionally brittle second serve. She’ll attack, she’ll attack and then attack some more. It’s hard to see her being stopped. — Simon Cambers

Why Coco Gauff will win

🎙️ “Today I think I played the best I could”

No.18 @CocoGauff on reaching her first Grand Slam final at #RolandGarros

Right from the start of the tournament there has been something about Coco Gauff, a new-found maturity on the court that is matched only by her remarkable maturity off it.

The 18-year-old made the quarterfinals here two years ago and she began her visit to Paris this year by celebrating her high school graduation. From the start, she has looked relaxed, determined and absolutely in her element.

Clay might yet turn out to be her best surface. A brilliant mover on all surfaces, she has adapted to sliding and her court coverage has an effortless efficiency.

It’s her first Grand Slam final, so there will be nerves, no doubt. But her game is in such a good spot that she looks to belong at this level. This is likely the first of many Grand Slam finals, surely, not a one-off.

Much will depend on how much control she can get from the baseline. If Swiatek is able to serve well and get her forehand going, it might be tough. But if Gauff extends the rallies and focuses on the backhand-to-backhand exchanges, she can win.

There’s a Grand Slam title at stake but the sense is that Gauff will take it in her stride.

Swiatek “is on a streak right now, obviously,” Gauff said. “I think going in I have nothing to lose and she’s definitely the favorite going into the match on paper. I’m just going to play free and play my best tennis. I think in a Grand Slam final anything can happen.” — Cambers

The #RolandGarros final is set 🔥 pic.twitter.com/rAoL87jiGM

On paper, Swiatek should win, but it might be close, perhaps three sets. If Gauff serves well, she has a big chance. If not, Swiatek is probably too strong right now. Sit back and enjoy! — Cambers

Viral optical illusion: Is the cat going up or down the stairs? – Times of India

Prince Charles had ‘very emotional’ meeting with Lilibet and Archie

Tips to Boost Your Immunity This Winter

Here’s why the new electric DeLorean is so big