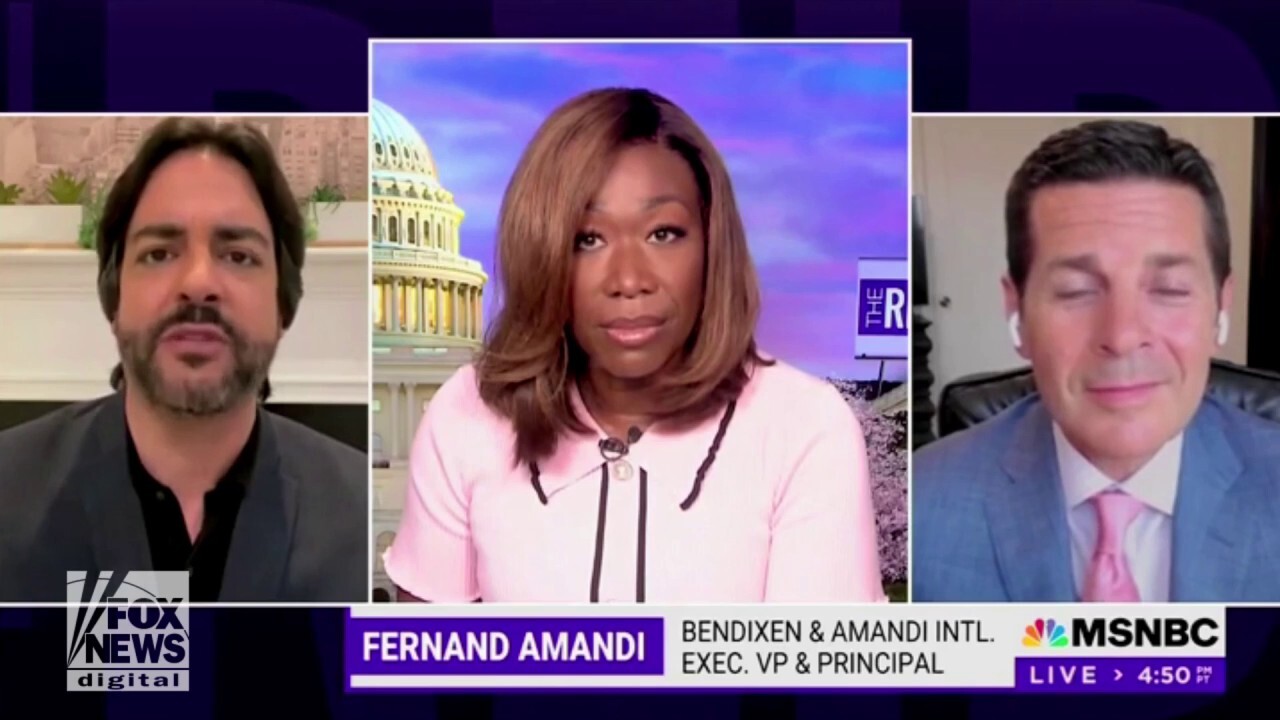 MSNBC host Joy Reid and her guests on Friday tore into Florida Republican Gov. Ron DeSantis, calling him an “authoritarian leader” and claiming he’s “being groomed to be the next Grand Wizard of the GOP.”

Addressing her guests, Democratic strategist Fernand Amandi and MSNBC contributor Dean Obeidallah, Reid opened the segment by sharing her fears that DeSantis is “creating essentially a Republican superstate where it doesn’t matter how you vote, where it’s completely controlled by Republicans.”

“Is there any way to stop this?” she asked before letting her guests speak.

Amandi, a frequent MSNBC guest, ran with her doomsday assessment of the DeSantis situation: “Joy, you asked the most important question, because for 246 years in this country, the answer to that question — is there any way to stop this? – would have been, ‘Well, yes! You can stop it at the ballot box this November.’”

Though he admitted he doesn’t believe voting can work anymore in Florida, he added, “I’m not so sure that, even if the will of voters’ call to end this madness that’s happening in Florida, it would come to pass. Because Florida, I don’t think, is a democracy anymore.”

The strategist pointed to the fact that Hungary hosted a CPAC event this year, which Orban spoke at, and asserted that “in Ron DeSantis, they are trying to establish that type of authoritarian leader who will eventually run for President of the United States.”

“Absolutely,” Reid responded, and then turned the mic over to Obeidallah to comment on how the GOP is using Florida as a model for their plans of running the whole country.

MSNBC host Joy Reid speaks to her guests about “authoritarian” Florida on June 4, 2022.

Adding to the drama of the conversation, Obeidallah stated, “We’re going to be seeing refugees from Florida seeking freedom coming to New York. And you’re welcome here, we’d like to have you here in our state.”

“Look, they’re making a DeSantistan,” Obeidallah quipped, adding, “It’s going to be the worst Disney ride ever where he runs it. He has been banning books, banning Black history, banning saying the word gay, banning hormone therapy for transgender teens. Which is just cruelty.”

“Studies have shown that teens who are transgender, who get hormone therapy, are 40% less likely to commit suicide or a suicide attempt. He knows that. He doesn’t care. It’s cruelty,” he claimed. “It’s the idea – like Trump – the idea, let’s prey on those who are vulnerable instead of helping them.”

GOP Gov. Ron DeSantis of Florida slammed during The ReidOut as the “next Grand Wizard of the GOP.”
(Fox News )

The MSNBC contributor concluded his rant with a swipe equating DeSantis and Republicans with the KKK, stating, “I’m worried. I look at Florida. I look at Ron DeSantis being groomed to be the next Grand Wizard of the GOP on a national level. We should all be alarmed by what, [he’s] trying to do in Florida, nationally. Very alarming.”

This Delicious Tomato Avocado Sauce Will Trigger Your Tastebuds

Mehwish is the reason our films are successful: Fahad Mustafa | The Express Tribune

Vikram Gokhale Dies At 77: Looking Back At Veteran Actor’s Life In Films

Bella Hadid named ‘most stylish person on the planet’