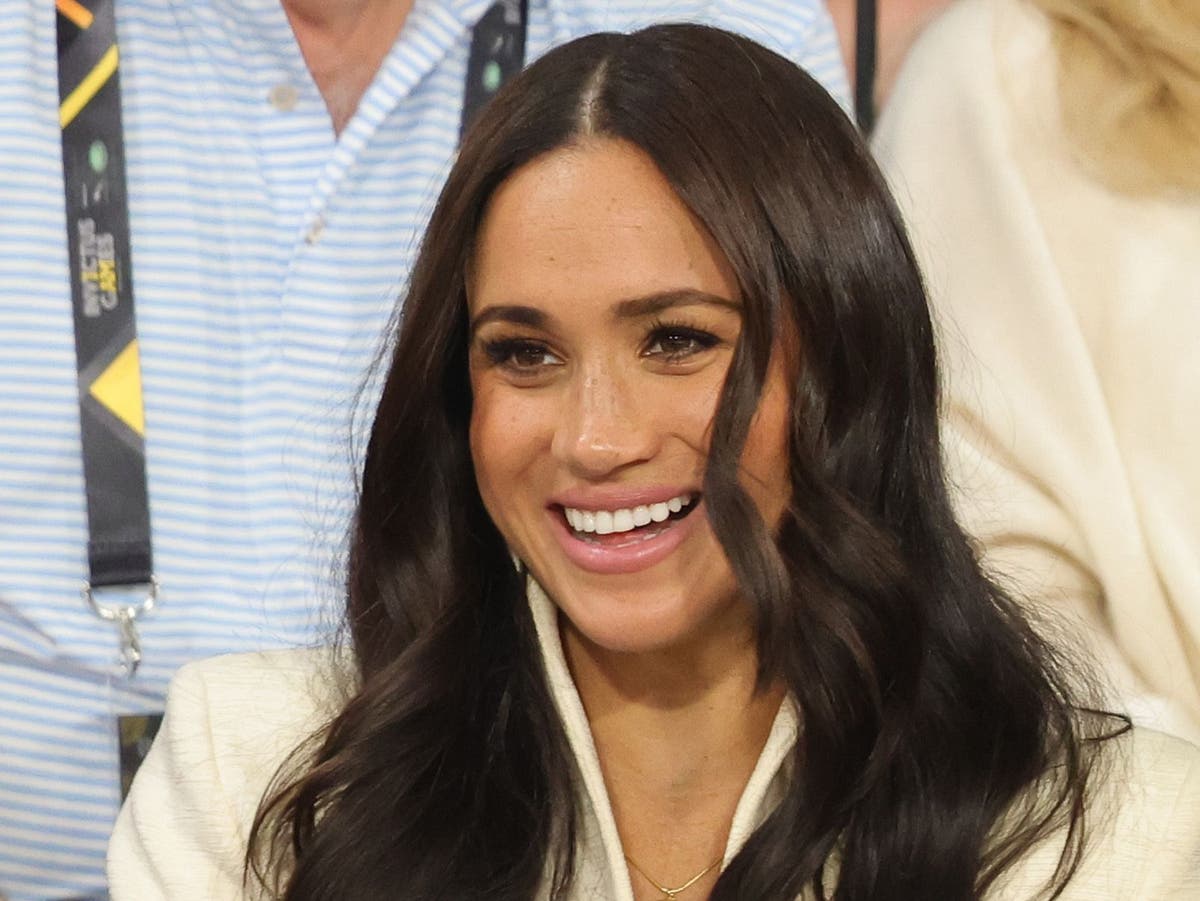 Fans are fawning over the stunning navy dress Meghan Markle donned for an appearance at the Queen’s platinum jubilee celebrations on Thursday amid speculation she recycled one of her old wedding outfits.

The Duchess of Sussex arrived at the Trooping the Colours parade, accompanied by husband Prince Harry, as they watched Queen Elizabeth II’s birthday event from the Major General’s office.

At the parade, Markle wore a navy, off-the-shoulder dress and a large and white hat with a navy bow, which is thought to be designed by British milliner Stephen Jones.

Some fans have said that her outfit looks a little bit familiar, as she wore a similar navy dress, designed by Roland Mouret, ahead of her royal wedding in 2018.

“Is Meghan, The Duchess of Sussex wearing her @RolandMouret Roland Mouret Navy ‘Barwick’ Dress at #TroopingTheColour today?,” one Twitter user wrote, along with a photo of Markle at the parade and a photo of Mouret’s dress.

“It seems like Princess Meghan wore this dress before on the week of her wedding,” another person wrote.

Regardless of the similarities between the outfits, fans have continued to praise Markle’s look for the Jubilee celebration.

The mother-of-two was also seen with Peter Phillips’ daughters, Savannah, 11, and Isla, 10, and Mike and Zara Tindall’s children, Mia, eight, and Lena, three, as the military event went on. In photos obtained by theDaily Mail, Markle playfully shushed the children.

Markle and Prince Harry arrived in the UK this week with their three-year-old son and daughter Lilibet, who will be turning one on Saturday. The couple are expected to stay for the four-day celebrations at their old home of Frogmore Cottage.

Since stepping down from their royal duties in 2020, the Duke and Duchess of Sussex have been living in the US, as this week is Markle’s first royal appearance in the UK in two years. Prince Harry visited London in  July 2021 for the unveiling of a statue of his late mother, Princess Diana, at Kensington Palace.

The Dish: Chef David Neyfeld on his Italian food through a California lens

Roberta Flack Has A.L.S. and Can No Longer Sing, Her Publicist Says

Munch On This Delicious Spinach Wrap For A Healthy Snack

‘You Are the Show’: A Hudson Valley Outpost of the Avant-Garde