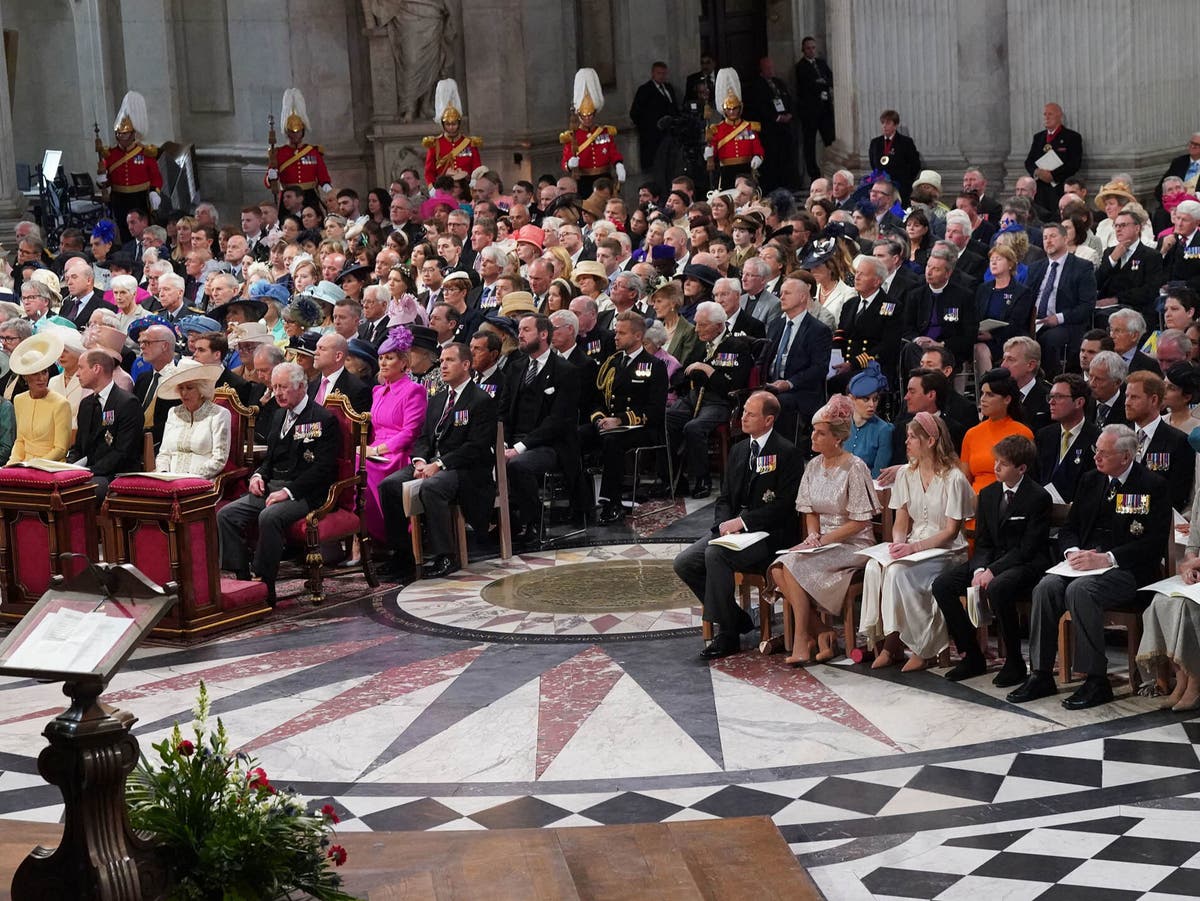 Can Officewear Ever Be Cool?

Members of the royal family gathered at St Paul’s Cathedral for a Service of Thanksgiving in celebration of the Queen’s 70-year reign on Friday.

The Queen did not attend the event due to mobility issues after experiencing “some discomfort” during Thursday’s Trooping the Colour ceremony.

The Duke of York, who has tested positive for Covid-19, was also not present.

The sermon was delivered by the Archbishop of York, who described it as “slightly terrifying” but “a great honour”.

The service included Bible readings, anthems, prayers and congregational hymns to express thanks for the monarch’s service.

Also during the event, Great Paul, the largest church bell in the country, was rung.

The Archbishop of Canterbury was due to oversee the service, but the 66-year-old has been suffering from mild pneumonia since last week and has since tested positive for Covid-19.

“Although this is a slightly terrifying gig I’ve been offered at short notice, from my knowledge of the Queen and when I’ve been with her before, the one thing I’m very confident of is she wants to hear about the Christian faith,” the Archbishop of York said.

When was ‘Great Paul’ made and what is its significance?

The bell is housed in the cathedral’s southwest tower and weighs approximately 16.5 tonnes.

The chiming mechanism of Great Paul is broken, which means that it does not ring every day as intended, but can be rung manually for services.

Great Paul was cast by John Taylor & Co bell foundry in 1881, according to London.lovesguide, a website dedicated run by Dickon Love, a bellringer in the City of London.

The bell was rung for the first time in Loughborough in March 1882.

It has since rung out on a number of historic occasions, including Winston Churchill’s state funeral, the Queen’s coronation and the wedding of Prince Charles and Princess Diana.

Great Paul fell silent in the 1970s due to a broken mechanism, and a major restoration took place in 2018. Carried out by its original makers, the bell was transported to Loughborough for cleaning and refitting.

The restoration was completed last year. Friday’s Thanksgiving Service marks the first royal occasion in which Great Paul has been rung following the repairs.

What is Seng Kut Snem and Its Importance for the Khasis in Meghalaya?

Pac-12 After Dark delivers with USC-UCLA centerstage, CFP contenders hang on in Week 12

Can Officewear Ever Be Cool?