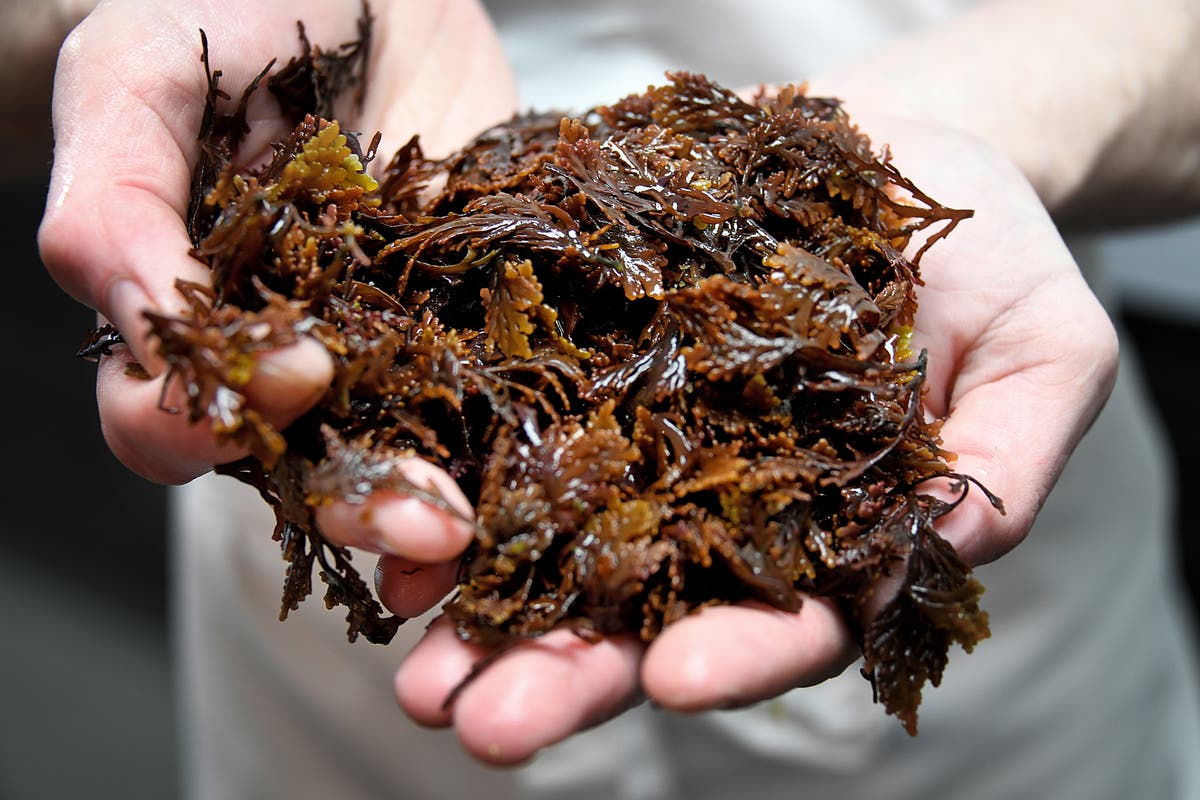 Seaweed is one of those ingredients where there are a lot of uses for it, but a lot of people don’t understand it,” says Michael Caines.

The celebrity chef needs little introduction. A regular on Saturday Kitchen, he led the team at the two Michelin-starred Gidleigh Park for over 20 years before leaving to open his own hotel, Lympstone Manor in Devon. It’s from here that the veteran chef, who recently became head of the UK delegation for Relais and Châteaux, is now leading a campaign with fellow members to raise awareness for seaweed as part of the UN’s World Oceans Day (8 June).

You might be confused by the connection between this humble sea vegetable and an organisation for luxury boutique hotels and fine dining restaurants around the world; but for Caines, the synergy is obvious.

“Forty-three per cent of our members are located within areas of outstanding natural beauty, so the environment, our properties, and the locality go hand in hand,” he explains.

“We work with the United Nations on World Oceans Day every year, where we champion an ingredient to highlight how important it is in terms of its biodiversity within the sea, but also its impact or potential impact [on the environment]. This year, we’ve chosen seaweed.”

Alongside fellow chefs from the Relais group, Caines launched the campaign with a “Seaweed Symphony” dinner earlier this year, showcasing native species such as pepper dulse and sea spaghetti’s culinary potential in a fine dining setting. More seaweed dinners are planned throughout the year, but a highlight will be the World Oceans Day dinner at Bibendum in London.

Many people will already be familiar with seaweed as a culinary ingredient, of course, whether it’s nori for sushi rolls or the agar agar that’s used as a setting agent for vegan jellies. But there’s a growing body of research suggesting that commercially farmed seaweed could have a role to play in the fight against climate change, and that’s something underlining this campaign.

Seaweed is known to sequester more CO2 than it produces, making it a contender for greenhouse gas emissions control. At the same time, it can help reduce ocean acidification and create protective habitats that encourage biodiversity of other marine life. In some parts of the world, it could even protect the shoreline from erosion. It’s also much more environmentally friendly compared to agriculture on land – it doesn’t require any fertilisers or freshwater to grow, for example – which means it’s a much lower impact food source.

But as with anything to do with the environment, the solutions aren’t always straightforward.

Seaweed is limited by geography; they need sunlight to photosynthesise so they tend to grow in shallower waters around the coast. And if the seaweed is meant to be eaten, then it’s not exactly a permanent solution for sequestering CO2 or providing habitat the way that seagrass meadows can be. There’s also the fact that if emissions are the only concern, then research has suggested offshore wind farms would actually be a much better use of land – although a seaweed farm is much easier and cheaper to establish.

For Caines, it’s all about balance.

“We’re not saying to the consumer, ‘Everybody go out and buy seaweed because it’s a super vegetable’,” he says. “What we’re saying is that, ‘Here’s a product that can also be used in a sustainable way, and here are some creative and imaginative ways to incorporate it within a menu’.”

It’s a message that will resonate with fellow chefs. Caines gives the example of turbot, one of the most expensive fish that you’ll find on restaurant menus.

“The fact that turbot is such an expensive fish is a) because it’s difficult to catch and b) because everybody wants to use it on the menu. Well, if we do that, there won’t be any turbot left in the sea. So what can we use instead? What other fish is more sustainable?”

The answer will actually depend on where you are in the world and the time of the year.

Caines explains: “Things that are sustainable in Scotland may not be sustainable in Ireland or the southwest. We recognise as well that there’s a seasonality to fish – that fish comes in season [in one area] and goes out of season in other areas.”

So a big part of the World Oceans Day campaign is about educating chefs as well as guests about using lesser known species that might be more sustainable, and working more closely with suppliers – the fishermen especially – to source these ingredients more conscientiously.

“Seaweed is very plentiful; it replenishes easily and at the same time it has a very important role in ensuring that the ecosystem within the ocean is a sustainable one.” Caines says.

“But like anything you harvest, if you do it industrially with big machines, you’re clearly going to wreck the seabed. That’s not sustainable. So it’s understanding how you can farm seaweed in a sustainable way. But also it’s understanding that what you take, you’ve got to give back – so making sure that you let things recuperate.”

5 Toxic Habits you Must Avoid to Lead a Happy Life

Ali Zafar on bringing football to Pakistan | The Express Tribune

Review: With Owls, Classical Is Alive and Well and Living in a Crypt