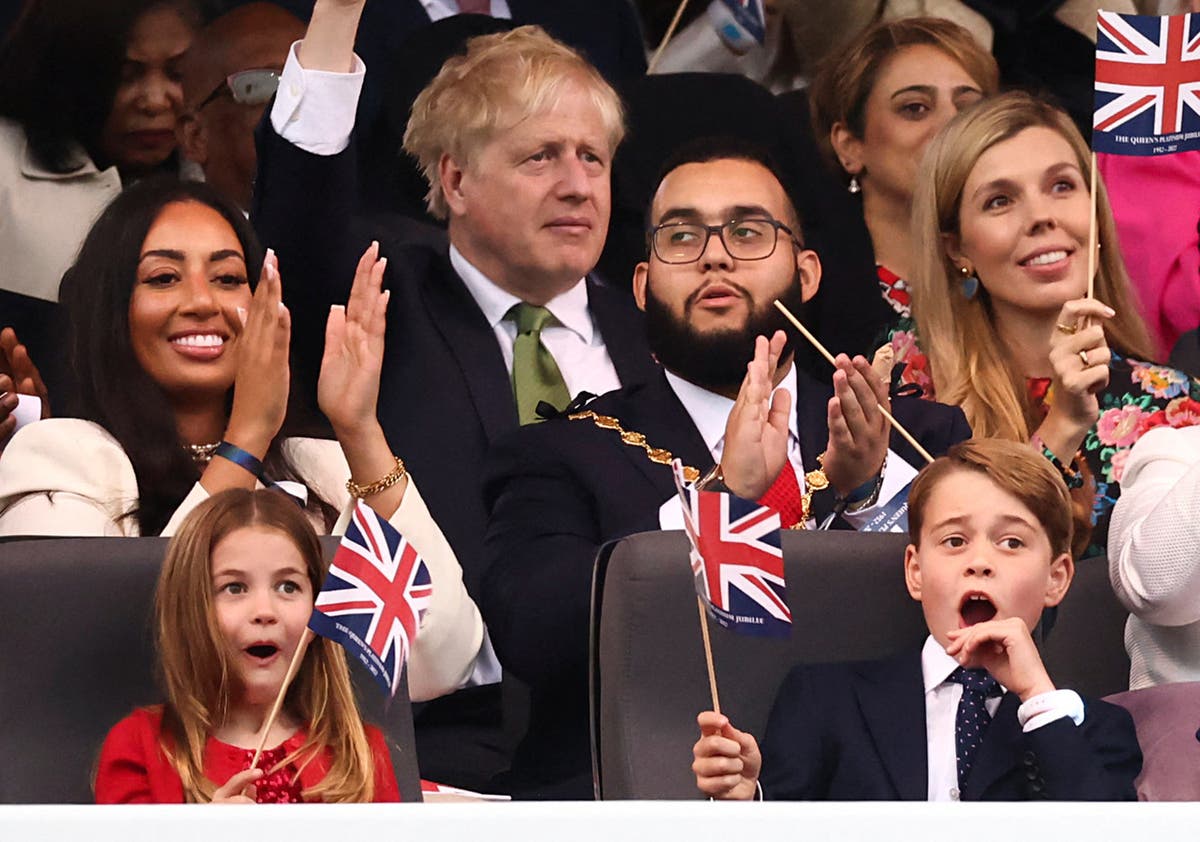 Opinion | Why Johnny Depp’s courtroom victory is a Pyrrhic one

Kate Middleton helped her children ice cakes ahead of the party, which is set to be one of thousands taking place up and down the country as a part of the Big Jubilee Lunch.

Ten million people across the UK are expected to partake in parties, BBQs and other community festivites to celebrate the Queen’s platinum jubilee.

Also, music stars and 10,000 volunteers will perform in the Platinum Jubilee Pageant to celebrate the monarch’s 70-year reign, bringing four days of historic festivities to a close.

Over 10,000 people from across the Commonwealth will come together to help tell the story of the Queen’s time as the monarch and the changing face of British society.

Yesterday, Prince Charles paid a moving, personal tribute to the Queen at the Platinum Party at the Palace and thanked her for being there for the nation in good times and bad for 70 years.

The future king was joined by his wife Camilla, Duchess of Cornwall and addressed the Queen, who remains head of state at the age of 96 despite her mobility problems, saying: “You pledged to serve your whole life – you continue to deliver.”

Amongst this weekend’s celebrations, the Queen did not attend the Epsom Derby and platinum jubilee thanksgiving service at St Paul’s Cathedral on Friday, after experiencing “discomfort” following a busy first day of festivities on Thursday.

The Met Office issued futher severe weather warnings of thunderstorms covering much of England and Wales, which run from midnight on Sunday through to 6pm.

More than 60,000 people have registered to host Big Jubilee Lunches in the UK today, while a further 10 million are expected to join the typically outdoor festivities.

Kate Middleton helped her children ice cakes ahead of the street party in the Welsh capital – one of many taking place up and down the country as a part of the Queen’s platinum jubilee celebrations.

The post is captioned: “Baking cakes for the local community in Cardiff to enjoy at a Platinum Jubilee street party taking place today! We hope you like them!”

Over ten million people across the UK are expected to take part in the Big Jubilee Lunch which is set to involve street parties, BBQs and other community celebrations.

Best tributes made to the Queen at Palace party

At the Platinum Party at the Palace last night, celebrities, politicians and members of the royal family shared tributes to the Queen in celebration of her 70 years of service as monarch.

James Bond actor Daniel Craig thanked the Queen for her unwavering grace and said he “would follow her anywhere.”

Michelle Obama, the former First Lady, said: “I feel deeply honoured to have spent time with you over the years.”

Actress Dame Julie Andrews thanked the Queen for “dedicating herself” to the country and the Commonwealth.

Sports star Sir Mo Farah thanked the monarch for her services to “our country and our people” and and Emma Raducanu said Her Majesty has “remained calm at all times.”

Prince William took to the stage to address the climate crisis. He said: “Today, in 2022 – as The Queen celebrates her Platinum Jubilee – the pressing need to protect and restore our planet has never been more urgent.

“But like her, I am an optimist. Decades for making the case for taking better care of our world, has meant that environmental issues are now at the top of the global agenda,” he continued.

“It’s my firm hope that my grandmother’s words are as true in 70 years’ time as they are tonight that as nations we come together in common cause, because then there is always room for hope.”

Prince Charles, accompanied by Camilla, Duchess of Cornwall, addressed the Queen as “Her Majesty” and “mummy”.

He said: “You laugh and cry with us and, most importantly, you have been there for us.”

Best moments from Party at the Palace performances

The star-studded Platinum Party at the Palace saw famous faces from across the world come together to celebrate the Queen’s jubilee.

From the greats such as Diana Ross, Rod Stewart and Queen to fresh faces like Mabel and Ms Banks – performers brought out all the stops for their performances.

The performances were well received by members of the royal family in the audience, with Prince William, Kate Middleton and children – George and Charlotte – waving union jack flags and singing along.

What happened on Friday for platinum jubilee celebrations?

On Friday evening, the BBC’s Platinum Party at the Palace took place which saw stars such as Diana Ross, Queen with Adam Lambert and Duran Duran perform outside of Buckingham Palace.

Prince Charles took to the stage to pay a moving tribute to the Queen, who he addressed as “mummy”, and thank her for her 70 years of service as monarch.

Prince William also praised the Queen on-stage for her resilience and dedication to the climate crisis.

Zendaya gets stitches after injuring finger in cooking accident

The Epsom Derby also took place yesterday, which the Queen did not attend after experiencing “discomfort” following Thursday’s busy day of celebrations.

Princess Anne and other royals such as Zara Tindall were in attendance at the Derby.

To conclude the festivities of this historic weekend, a Platinum Jubilee Pageant organised by Buckingham Palace and the Department for Culture, Media and Sport (DCMS) will take place today to celebrate Queen Elizabeth’s 70-year reign.

Thousands of performers from across the UK and the Commonwealth will come together tell the story of the Queen’s time as monarch and the changing face of British society.

It will be broadcast live on the BBC from 1pm and on large screens around The Mall in London, Edinburgh’s Princes Street Gardens and in Bute Park in Cardiff.

Also, over 60,000 people have registered to host a Big Jubilee Lunch with 10 million people across the UK expected to be joining in on street parties, BBQs and other community celebrations.

This is when the clocks will go back in October

His story/Her story: “My husband’s loud snoring is INTOLERABLE” – Times of India