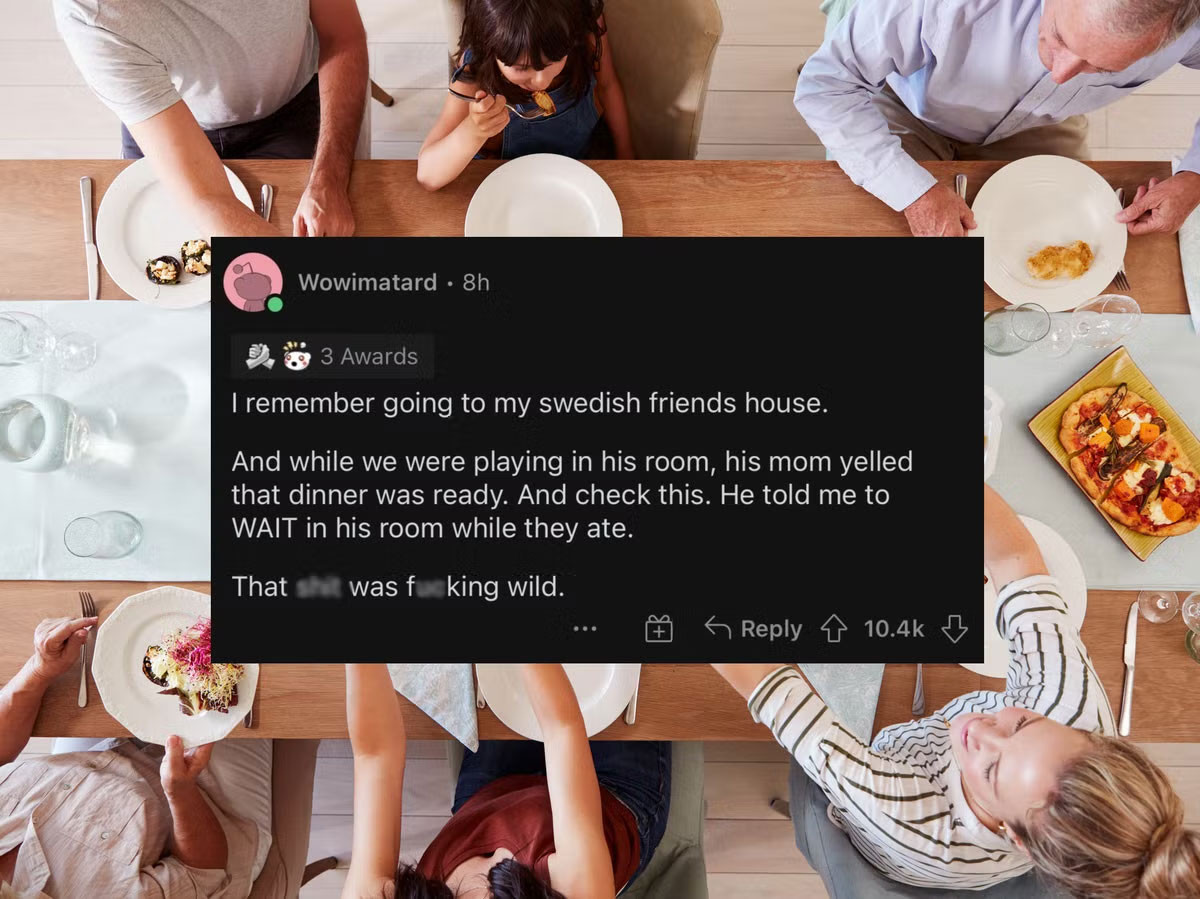 Ready When You Are, Terminal C Is Now an Art Destination

South Asian culture is deeply rooted in hospitality. Perhaps that is the reason why desi Twitter was in shambles a few days ago when a thread on Reddit was being spread on the social media platform like wildfire.

A user named @SamQari had shared the thread where a person recalled a time when they were over at their Swedish friend’s house and their mother called everyone to dinner without extending the invitation to them.

The Twitter user captioned their tweet, “Not here to judge but I don’t understand this. How’re you going to eat without inviting your friend?” and the entire internet seemed to agree.

A series of replies to the tweet then revealed that as a rule, Swedish people don’t serve food to their guests – especially other children who might have come over to their house to play – because they do not want to change any kind of dinner plans that the family might already have.

@SamQari also tweeted about the entire thing being unusual to him and a lot of other people because, in Islam, part of the ethos of the religion is to be hospitable to guests.

A Swedish user named @ranbitties then explained how the Swedes didn’t do it to be rude, but instead, the whole thing had more to do with when guests would come over unexpectedly and the family wouldn’t have enough food to serve them.

As a Swede I wouldn’t say this is really a culture thing. It has more to do with when guests come unsuspected and there isn’t enough food for everyone. We only make enough food we think we will eat. Otherwise they eat with the family. (At least in my experience)

However, this sparked an entirely new debate where people started criticizing the country’s food culture, saying that the guest should then be made to go home instead of asking them to wait and sometimes even sit at the dining table and watch as the family finished their meal.

“This is very common in Swedish households. One time my friend’s dad claimed he hadn’t cooked enough dinner for me to join them. I practically ran out of there as soon as he said that,” added user @luvlessmarriage.

this is very common in swedish households. one time my friends dad claimed he hadn’t cooked enough dinner for me to join them. i practically ran out of there as soon as he said that lol.

Even Swedish pop singer Zara Larsson joined in on the debate, quoting the original trending Tweet, captioning it, “Peak Swedish Culture,” sparking an even larger debate on how it was wrong to invite children for playdates and then not give them any food after they were hungry and tired.

The Lush Life singer also went on to talk about how this would mostly just happen with kids and it wasn’t uncommon in the country for parents to ask their children’s friends to just wait until they go home to eat. “It was kinda fun cus it gave me time to snoop around in their room,” tweeted the singer, confusing the internet even more.

LISTEN this is something that only happens with kids. My family always would, a lot of families would, but it wasn’t uncommon to go play at a friends where they would leave you in your friends room or tell you “go home and eat you live 2 mins away” 💀💀 it’s crazy but true https://t.co/by4R013LG7

This is blowing people’s minds, so as an amateur historian and sociologist I’m going to try to explain this development/ cultural artifact. pic.twitter.com/vNF0MMpMFK

After a few days of endless debate, #SwedenGate has left the whole world questioning Sweden’s cultural practices, with almost everyone finding this tradition a little weird, to say the least.

Dollar breaks all records to hit Rs232.50 in interbank trade

Douglas Kirkland, Who Took Portraits of Movie Stars, Dies at 88

Which couples from Love is Blind season one are still together?

Danielle Deadwyler Is the Beating Heart of ‘Till’