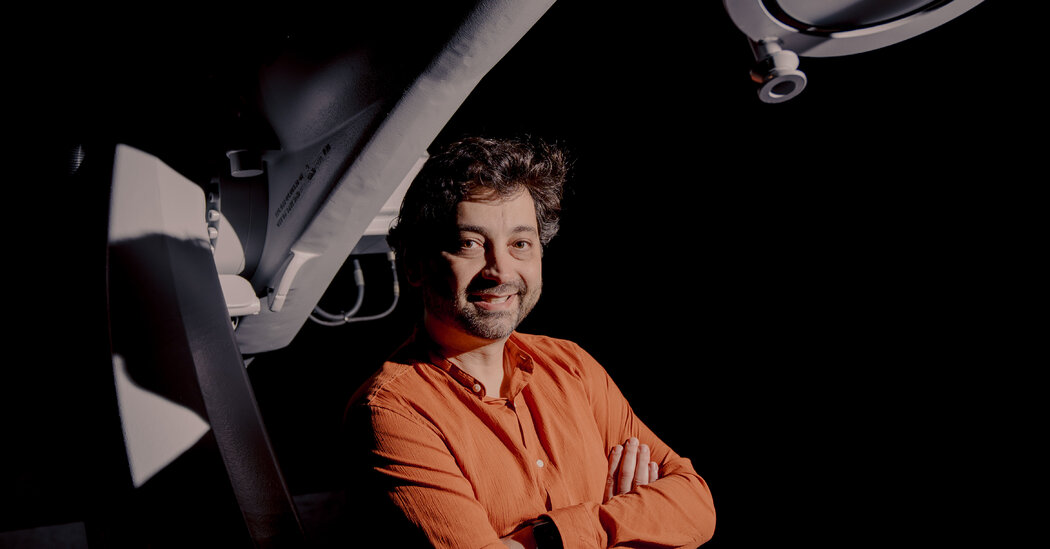 This grounds the show in a historical reality — Baryshnikov portrays the playwright in the digital version, and Hecht pops up as Chekhov’s wife and his mistress — while nodding to our troubled current circumstances.

“The miracle of Chekhov’s writing is that, no matter where it’s performed, it feels local to the culture,” Baryshnikov wrote in an email. “How that translates in Igor’s version remains to be seen. Obviously he speaks the language the play was written in, but he’s taking a lot of risks — technical and artistic — and avoiding clichés.”

Something that definitely can’t be called a Chekhov cliché is a 12-foot robotic arm, which sits in the middle of the physical stage — it is part of the family and tries to understand humans — and was painstakingly programmed to execute such tasks as serving coffee or sweeping the floor. (The production process has demanded many hours of Zoom calls with a technical team spread all over the world.)

The juxtaposition of past and future (typically, Oana Botez’s costumes for the physical version are a hybrid of period and modern), human and robot feels like yet another leap for Golyak’s Arlekin Players Theater, which is based in Needham, Mass., and has been the rare company to use the pandemic as a creative spur.

Until then, it had been a bit of a tough slog. As Golyak, now 43, learned the hard way, a young Russia-trained director was not a hot commodity in the American theater scene of the early 2000s.

“Nobody wanted me,” he said. “For an immigrant, it’s very difficult: Where do you go? How do you start? I had an accent — and I still do, of course. I would send résumés but nobody would call me back. At some point I decided that I’m going to stop doing theater because it’s just not possible to make a living.” His day jobs included selling ads for the Yellow Pages.

Eventually Golyak befriended a small group of other immigrants from the former Soviet Union, who asked him to help them work on scenes, guide them through what worked or not. He requested a nine-month commitment, and they agreed. Arlekin Players Theater emerged from that initiative, in 2009, and the troupe, which then mostly performed in Russian, developed an esprit de corps.

“I Am The Youngest:” Shibani’s Reply To Fan’s Question About The Dandekar Sisters

This girl is making ‘Sologamy’ trend; to marry self | The Times of India