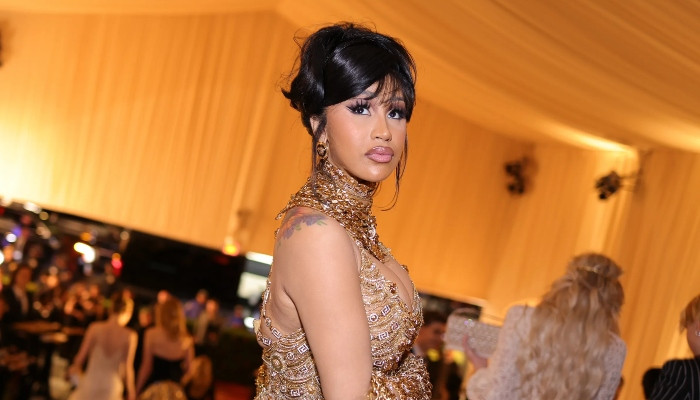 Cardi B has sent the internet into an emotional meltdown as she shared adorable new pictures of her baby boy Wave.

The American rapper treated fans with adorable glimpses of her and Offset’s son Wave, as the little one turned 9 months old recently.

The I Like It crooner showered love on her little munchkin and mentioned how her son has grown so fast.

She posted the carousel of pictures on her Instagram on Saturday and captioned it, “Happy 9 months Wave !! My baby growing too fast on me.”

In the pictures, nine-month-old Wave was seen clad in a cute tie and dye ensemble with a chain around his neck. In other shots, he was also seen flaunting smiles for the camera.

Cardi and husband Offset announced that they welcomed Wave, their second child together, in September 2021 by sharing a photo of the three of them in the hospital after his birth.

The pair revealed their baby boy’s name in April and shared the first photo of his face. “When Set suggested Wave, I was sold! THAT HAD TO BE HIS NAME!” she wrote.

5 signs you probably need a new babysitter, according to the CEO of a childcare-provider network