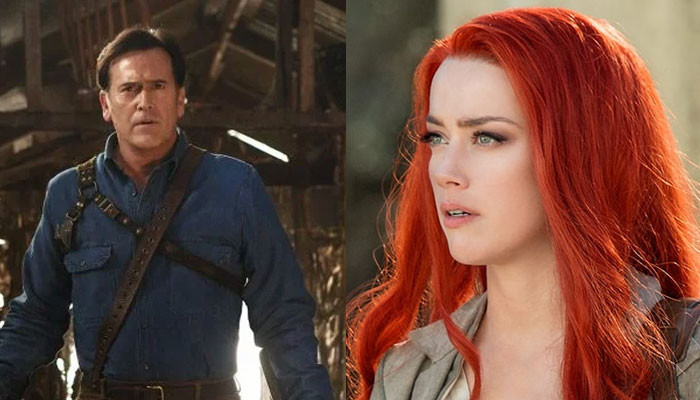 US actor Bruce Campbell has reacted to an online petition calling for him to replace actress Amber Heard in Aquaman 2 after she lost the defamation trial against her former husband Johnny Depp.

The Evil Dead actor seemingly showed his interest to replace Heard in the film with his response to the online petition.

He tweeted, ‘Send me a script’, in response to a Twitter post that announced, ‘Petition to replace Amber Heard in Aquaman 2 with Bruce Campbell reaches 3 million’.

Earlier, Amber Heard’s role as Mera in the Aquaman 2 was reportedly  reduced from what it was before filming started.

However, President of DC Comics-based film production at Warner Brothers, Walter Hamada had seemingly rejected Amber Heard claims as he testified about Heard´s contract with the studio for the Aquaman series.