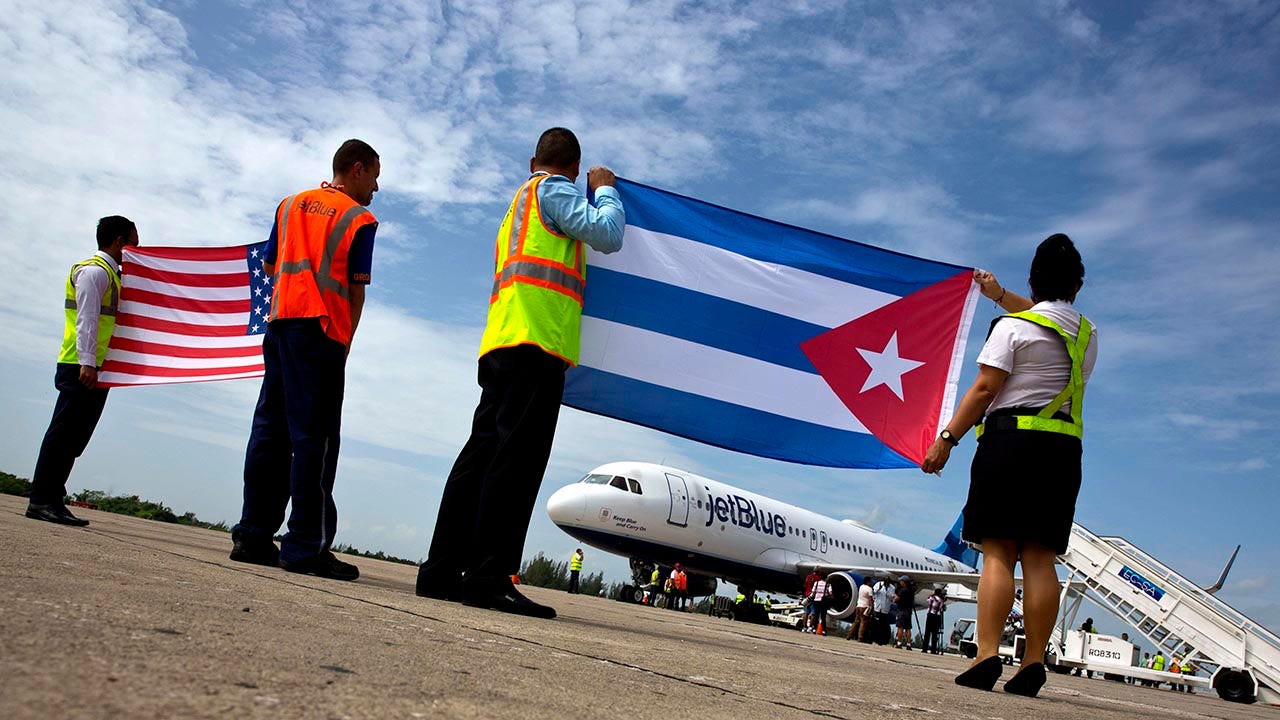 The Biden administration lifted Trump-era flight restrictions that prevented U.S. airlines and chartered flights from going to other cities in Cuba besides Havana on Wednesday.

U.S. Secretary of State Antony Blinken said revoking the prohibition was in support of the Cuban people and in the “foreign policy interests of the United States.”

He had made a written request with the U.S. Transportation Department on Tuesday and the department made the change on Wednesday.

MORE CUBANS IMMIGRATING TO THE US BY CROSSING FROM MEXICO

Airport workers receive JetBlue flight 387, the first commercial flight between the U.S. and Cuba in more than a half century, holding a United States, and a Cuban national flag, on the airport tarmac Wednesday, Aug. 31, 2016 in Santa Clara, Cuba.
(AP Photo/Ramon Espinosa, File)

Cuba “uses tourism and travel funds to finance its abuses and interference in Venezuela. Dictators cannot be allowed to benefit from U.S. travel,” former President Trump’s secretary of state Mike Pompeo said at the time, according to Reuters.

The Biden White House also plans to lift restrictions on money that immigrants can send to people on the island.

The administration said it would also move to reinstate the Cuban Family Reunification Parole Program, which has a backlog of more than 20,000 applications, and increase consular services and visa processing.

Restrictions On Mastercard Lifted By RBI

“With these actions, we aim to support Cubans’ aspirations for freedom and for greater economic opportunities so that they can lead successful lives at home,” State Department spokesman Ned Price said last month.

The Associated Press contributed to this report.

This Diwali, watch your weight with THESE simple eating habits

Someone Was Brave Enough to Buy the Watcher House

Four found dead at residence near University of Idaho

What we know and still don’t know about LIV Golf, the circuit challenging the PGA Tour