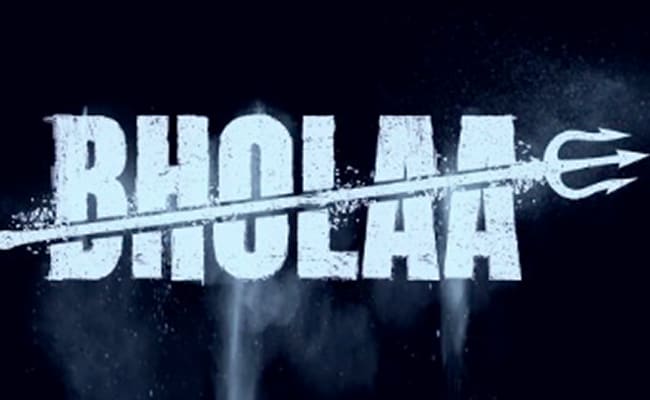 Did You Know A Sound Sleep Could Help You Exercise Better?

A still from a video. (courtesy: ajaydevgn)

Even as Drishyam 2 is earning accolades around the world, Ajay Devgn is busy with his upcoming projects. Not one to rest on laurels, the actor has now shared a glimpse of his upcoming film Bholaa. A video shared by the actor features a shot of him applying ash on his forehead. This is followed by the title card of the movie which features the word Bholaa with a trident passing through it. Along with the clip, Ajay Devgn announced that the teaser of the film will be released tomorrow (Tuesday). The hashtag also points to a 3D version of the film. Tagging co-star Tabu in the caption, Ajay Devgn said, “Kaun hai who? An unstoppable force is coming! #BholaaTeaserOutTomorrow #BholaaIn3D.” The film will also be directed by Ajay Devgn. Replying to the post, Ajay Devgn’s sister-in-law Tanishaa Mukerji said, “Woohooo.”

Earlier this month, on the occasion of Tabu’s birthday, Ajay Devgn shared a few behind-the-scenes moments from the film. In the caption, he wrote: “Kaahe ghabraaye? (why are you scared?). Happy birthday Tabu,” with the hashtag #SetsOfBholaa.

Announcing her association with the film, Tabu had shared an image some time ago with the note, “Look! We finished our 9th film together! #wewrap #Bholaa.” Tabu and Ajay Devgn have worked on notable projects such as Golmaal Again, Vijaypath, Haqeeqat, Thakshak, De Pyaar De, Drishyam, and Drishyam 2, among others.

A few weeks ago, Ajay Devgn shared some fun moments from the sets of the film and said, “Khoon, paseena, paani…sab baha diya on the #SetsOfBholaa. (Blood, sweat, water.. Everything was spent on the sets of Bholaa).”

Before that, Ajay Devgn shared an image of himself handling the camera, with a huge idol of Lord Shiva in the background. In the caption, he asked, “Guess who’s directing whom?” with the hashtag “Bholaa”.

Bholaa is an official remake of the 2019 Tamil hit Kaithi. The film featured Karthi in the lead.

Neena Gupta “Suffered, Endured And Also Enjoyed” Having Daughter Masaba Out Of Wedlock

‘Grindr has a pride problem’

‘Are you a damn fool?’ Chris Wallace to Henry Winkler on passing of iconic role | CNN

Ajay Devgn’s Fans Chase Him As He Rides A Two-Wheeler On Bholaa Sets: “Grateful For Their Love,” The Actor Writes

Bholaa Teaser: Ajay Devgn Is A Trishul-Wielding Man Of Mystery