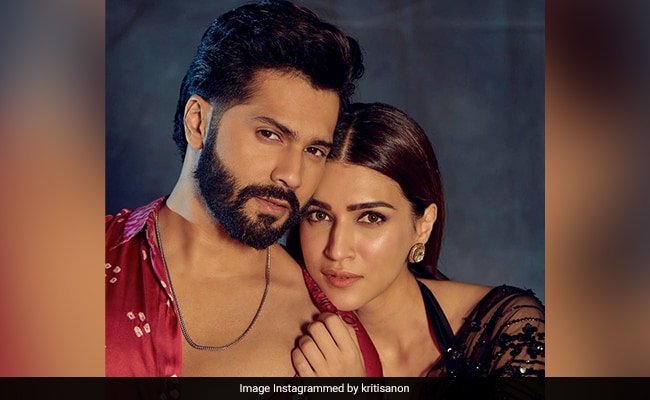 Kriti Sanon and Varun Dhawan are busy promoting their upcoming film Bhediya and seem to be having a lot of fun while they are at it. In an interview shared by the official Instagram page of IMDb India, the two are seen asking questions to each other. The best part? There are no rules, thanks to which Kriti and Varun can ask “anything.” The video begins with Varun asking Kriti her first impression of him and guessing that she did not like him much. To this, she says, “You were a little bit of a flirt. Genuinely, I felt like you were very, very obviously high energy. Very talkative. Sweet, but flirty.” Before Bhediya, Kriti and Varun worked together in Dilwale.

Kriti Sanon then wants to know what, according to Varun Dhawan, was the most difficult scene in Bhediya. Varun answers, “The transformation scene… Definitely, it has to be one of the most physically draining things I’ve ever done. I was just running through a wall, my head was going through it…” To this, Kriti adds, “It looked mad.”

Next, Varun Dhawan asks Kriti Sanon about her favourite scene to shoot. The actress says, “I think my favourite scene was the one where you are lying down with your bum towards us,” quickly adding amid laughs, “Not because of that reason.”

Talking about Varun Dhawan’s annoying habit, Kriti Sanon also says in the clip, “Something that annoys me a little bit, when you talk on the phone there is no ‘hi, hello’ nothing. ‘Haa’. It’s firstly that.”

The trailer of Bhediya was screened at the Burj Khalifa last week. “And the Bhediya trailer howled loud on none other than the Burj Khalifa! Big moment,” Kriti Sanon wrote, sharing the video. The clip features her, Varun Dhawan and other crew members cheering as the video lights up the structure.

Varun Dhawan also posted a rather exciting video – he dropped the phone midway – and said, “Bhediya trailer at the Burj Khalifa. I got so excited I dropped my phone. Bhediya out on November 25.”

Janhvi Kapoor Reveals Her “Two Favourite Places In The World.” Any Guesses What They Are?

Kriti Sanon On Those Prabhas Rumours: Absolutely Baseless, Let Me Burst Your Bubble