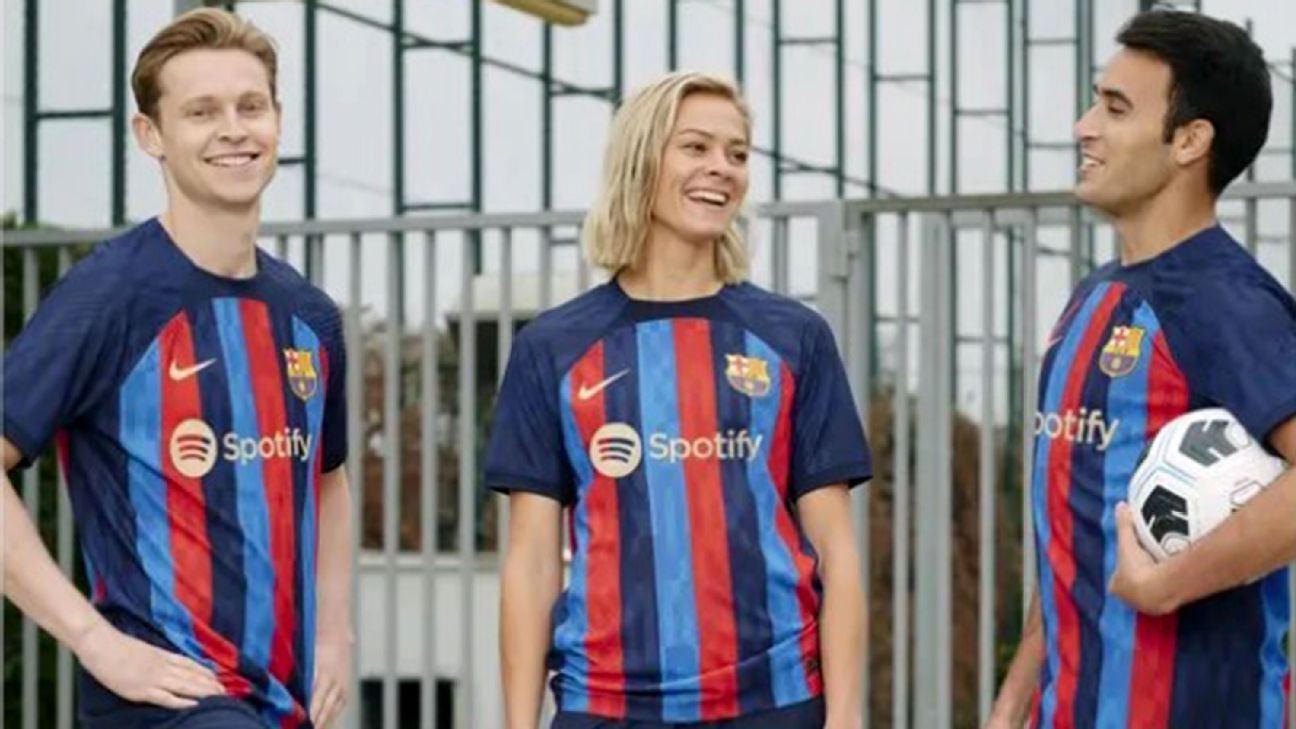 U.S. monkeypox cases have more than doubled over the last week to 20, CDC says

Barcelona have unveiled their new home kit for the 2022-23 season, which is directly inspired by a huge sporting event that took place in the city three decades ago.

Indeed, this year’s elegant design is inspired by the Olympic Games staged in Barcelona in 1992 — when the Catalan city underwent a massive transformation in order to host the event.

On the 30th anniversary of the Games, the latest Barca strip pays homage to the modernisation of the city, including the building of the Olympic village and the Port Olimpic (a new marina down on the seafront that hosted the various sailing events), as well as the installation of many new green spaces and landmarks all across town.

The flame lives on 🔥 pic.twitter.com/MiSquNrZM2

Many of the most famous landmarks that stand in Barcelona to this day began as items of infrastructure built ahead of the Games — from the Palau Sant Jordi multi-purpose arena, to Norman Foster’s unique Torre de Collserola broadcasting tower, to the mosaic-studded spire of Santiago Calatrava’s communications tower, which was inspired by the Olympic flame.

This city-wide overhaul is represented by the addition of a new shade of blue to the emblematic stripes of the Barca home shirt that is supposed to symbolise the “new light” and sense of pride that flooded into the city in ’92 as a result of the mass regeneration project.

As well as a new hue nestled among the blaugrana, the 2022-23 Barca jersey will also bear a new branding across the midriff as music streaming service Spotify become the new principal sponsor for both the men’s and women’s team.

In particular, Barca Femeni will be hoping that the new kit will bring with it as much success as they enjoyed last season, having gone the entire 2021-22 league campaign unbeaten, wrapping up the Primera Division title with eight games to spare: 30 games played, 30 wins, 159 goals scored, 11 goals conceded.

Unbelievable, and that’s before you factor their Copa de la Reina and Supercopa de Espana triumphs into the equation.

Biden says U.S. forces would defend Taiwan in the event of a Chinese invasion

Selena Gomez shared her skincare routine. Every product is less than $30, except for 1 eye cream.

Shruti Haasan Tried To Click “Glam Shots For Insta.” So, How Did She Do?

U.S. monkeypox cases have more than doubled over the last week to 20, CDC says