Ajay Devgn’s Fans Chase Him As He Rides A Two-Wheeler On Bholaa Sets: “Grateful For Their Love,” The Actor Writes 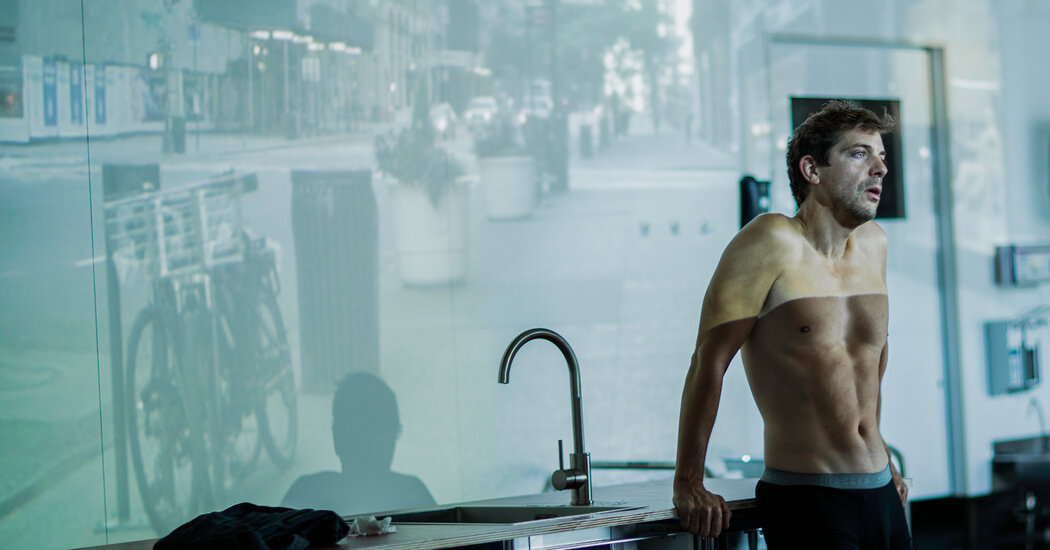 The Brooklyn Academy of Music’s artistic director, David Binder, who is programming the 13 shows for the Next Wave Festival, is mixing “incredible light” and darkness, he said.

It is the first in-person edition of the festival since 2019 and it will run from Sept. 28 to Dec. 22. The highlight will be the U.S. premiere of the stage adaptation of Hanya Yanagihara’s novel “A Little Life” (Oct. 20-29) — a coming-of-age tale about four young men that includes depictions of self-harm, domestic violence, child abuse and suicide.

“There’s optimism and there’s things that speak to the challenging world we all live in,” Binder said in a phone interview on Wednesday. “So I think it relates to one piece of all of that mosaic.”

Ivan van Hove’s production of Yanagihara’s Kirkus Prize-winning novel, which is set to be presented in Dutch with English supertitles at BAM’s Howard Gilman Opera House, runs just over four hours and features a live video screen to show close-ups of agonizing moments, like a character burning his own arm — and pouring salt in the wound. (Yanagihara is the editor in chief of T: The New York Times Style Magazine.)

“It’s an extraordinary production that challenges the audience,” said Binder, who saw the world premiere production in Amsterdam in 2018. “Much like the whole season.”

Even though it’s long, he said, “I guarantee you it holds you every moment.”

This is just the second Next Wave Festival that Binder, who started as BAM’s artistic director in 2018, has programmed, after the 2020 and 2021 events were canceled because of the pandemic. He told The New York Times in 2019 that his focus for the first event would “move it forward by adding in a whole new slew of artists,” and that emphasis continues this year, with 13 programs created in eight countries featuring dance, music and theater. Nine of the 13 artists and companies are performing at BAM for the first time.

“That was our guiding principle,” he said this week, “to cover a lot of ground with lots of international new artists.”

One of the returning artists is the German director Thomas Ostermeier, whose riotous production of Shakespeare’s “Hamlet” will come to BAM’s Harvey Theater stage this fall (Oct. 27-Nov. 5). In Ostermeier’s staging, Ophelia and Gertrude are played by the same actor — as are many of the other characters; the play features just six performers. (The Guardian called the production of it in Berlin, which mixed pop music and drag shows with duels, “kookily funny and coolly self-aware.”)

Next up at the Harvey will be the U.S. premiere of the Brazilian choreographer Lia Rodrigues’s carnivalesque dance piece “Encantado,” whose title refers to spirits of healing — the encantados — and which features 100 colored blankets that transform the stage (Nov. 8-9). Meanwhile, at the Howard Gilman Opera House, another dance piece, the Greek director-choreographer Dimitris Papaioannou’s dreamlike concoction “Transverse Orientation,” pairing experimental, painterly choreography with music by Vivaldi, will have its New York premiere, Nov. 7-11.

Then the main stage shifts to opera with the U.S. premiere of Ong Keng Sen’s “Trojan Woman,” a queer Korean operatic take on the Greek tragedy (Nov. 18-19). The production, performed in Korean with English subtitles, fuses the traditional Korean musical storytelling form of pansori with K-pop music. (The “Parasite” composer Jung Jae-il composed the music in collaboration with the renowned Korean pansori master Ahn Sook-sun.)

Binder also programmed work from within the United States, including an orchestral hip-hop performance by the Los Angeles producer and rapper Flying Lotus, the composer and D.J. Miguel Atwood-Ferguson and Wordless Music Orchestra that is being billed as a rendition of their Hollywood Bowl performance in Los Angeles this summer (Oct. 6-7).

The festival is set to wrap up with an immersive installation by the Brooklyn-based interactive-electronics artist Andrew Schneider, whose world premiere of “N O W I S W H E N W E A R E (the stars)” at BAM Fisher may be the closest a New Yorker will come to clear-sky stargazing (Nov. 29- Dec. 22). Visitors will enter a completely dark space and be guided by an unseen voice as 5,000 programmed points of light, which the artist has said are inspired by Yayoi Kusama’s “infinity” mirror room, respond to everyone individually.

The season also features the American premiere of the Belgian theater collective FC Bergman’s wordless production of “300 el x 50 el x 30 el” (Sept. 28-Oct. 1), which follows the inhabitants of a small village fearful of an impending disaster (the title refers to the dimensions of Noah’s Ark). The Argentine choreographer Constanza Macras will showcase “Open for Everything,” which sheds light on contemporary Romany people, at the Harvey (Oct. 5-8), and the Grammy-winning violinist Jennifer Koh and the bass-baritone Davóne Tines’s staged musical work “Everything Rises,” which seeks to “replace abstract slogans and inert diversity statements with lived experience and direct engagement” will be at BAM Fisher (Oct. 12-15).

Taylor Swift’s house that inspired ‘Cornelia Street’ up for rent for $45,000 a month

Celebrity couples and the Halloween costumes that made them

Vitamin D deficiency: Unusual symptoms that warn of low levels of this vitamin in the body | The Times of India