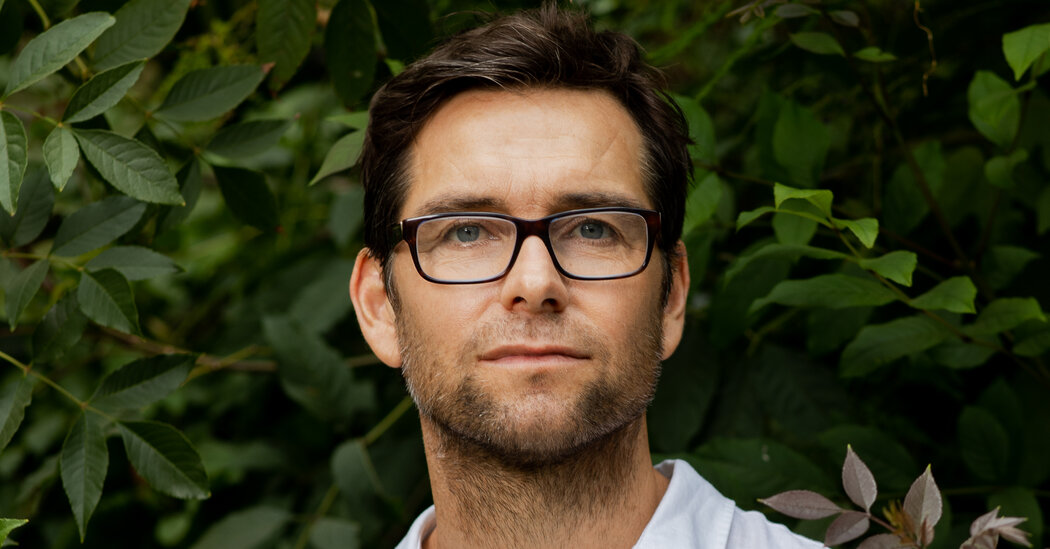 One lesson taught repeatedly by “The Boys,” the superhero series on Amazon Prime Video, is the danger of celebrity: Do not be too worshipful of any public figures, it warns, because you never really know what they’re like behind the scenes.

The show’s most vivid embodiment of this message is the character of Homelander, a seemingly virtuous crime fighter played by Antony Starr. In the eyes of the wider world, Homelander can do no wrong; he is stalwart and honorable, with blond hair, a gleaming smile and a striped, star-spangled cape.

But as viewers of “The Boys” know well, this is all a facade. Beneath these superficialities, Homelander is self-centered, manipulative and cruel.

“The Boys,” which returns Friday for its third season, takes place in a morally gray world where good deeds are not always rewarded and transgressions are not always punished. Its other characters can be measured against Homelander and by the choices they will or won’t make in the service of stopping him, but he himself is the one person who cannot be redeemed — the unapologetic heel of the show.

Actors are not the roles they play, but Starr, 46, a veteran film and TV star from New Zealand who has gained new visibility from “The Boys,” knows exactly what he signed on for.

As he said in an interview recently, “The standard superhero movies that are out there, they’re bound to their moral compass. Even if Superman goes bad, you know he’s coming back to true north because that’s the model.”

But in “The Boys,” if Homelander were to find a glimmer of goodness in himself, Starr said, “you’re going to have to turn him back into a narcissistic psychopath at some point.”

It is not a role every performer might want for a long-term assignment, but Starr said he appreciated how it offered moments where all pretenses are dropped and the truth of the character is revealed.

Citing a favorite expression from an old acting teacher, Starr explained, “He said you’re never more yourself than when you eat alone, and I love that this show gives us those moments of eating alone, where we really get to see what’s going on.”

Starr has faced a different sort of reckoning in recent months. In early March, he was arrested after he assaulted another man in Alicante, Spain, where Starr was filming a movie. The actor was drinking in a pub late one night when, after a brief confrontation, he twice punched the man, 21-year-old Bathuel Araujo, and hit him with a glass, the Spanish newspaper Información reported.

Starr pleaded guilty in a local court. He was given a 12-month suspended sentence and ordered to pay a fine of about $5,500.

In our interview nearly three months later, in late May, Starr did not dismiss questions about the assault, but he tended to speak about it in general terms.

Starr spoke with me in a video interview from his home in Los Angeles. Freed from his Homelander guise, the actor had dark brown hair and a shaggy beard and wore a pair of rectangular, Clark Kent-like eyeglasses.

And he had little of his alter ego’s zealotry as he spoke about the country where he now resides. “I love America,” Starr said. “America’s been very good to me, but the old girl is definitely in need of some therapy at the moment.”

Working in the film and TV industry of his native New Zealand, Starr broke through with a series of roles, most notably on the series “Outrageous Fortune,” a comic crime drama that cast him as identical twin brothers with diametrically different personalities.

In America, he gained notice for his lead performance in “Banshee,” an action series about an ex-convict masquerading as the sheriff of a fictional Pennsylvania town, which ran on Cinemax from 2013 to 2016.

When Starr was first approached about portraying Homelander on “The Boys,” which is adapted from a comic-book series by Garth Ennis and Darick Robertson, he was busy with other work and initially dismissive of a request to film himself for an audition.

In the earliest script pages he was given, Starr said, “There wasn’t a hell of a lot for me to go on, other than ‘Bad Superman.’ So I did the audition almost out of anger. Threw it down, sent it in and went, there’s your audition.”

But as Starr got further into the tryout process and learned more about the series, he became intrigued with the opportunistic Homelander, who has no compunction about using his abilities for his own gain and delights in punishing anyone who might try to expose him for who he actually is. He saw an opportunity to connect with audiences by playing the character’s deficiencies to their fullest degree.

Erin Moriarty, a “Boys” co-star who plays a more trustworthy and righteous hero named Starlight, said her scenes with Starr can sometimes be “gut-wrenching” to film, because of the raw emotion involved and also “the possibility that he could just laser her right there and kill her.”

“You have to be able to shake it off at the end of the day,” Moriarty said. “It might take a second, but it definitely helps that Antony, in addition to being professionally present as a human being, is so unlike Homelander and so kind and so funny.”

And as Starr anticipated, his work on “The Boys” has led to other prominent projects, including his role in the upcoming action film, directed by Guy Ritchie and starring Jake Gyllenhaal, that he was working on in Spain earlier this year.

Información reported that Starr and Araujo had encountered each other at the pub. Araujo told Información that a friend with him had asked a friend of Starr’s to calm down the actor who appeared drunk. Araujo said Starr began to curse and shove him, and that when he pushed back, Starr punched him and hit him with a glass. After Starr was ejected from the pub, the two men encountered each other outside, Araujo said, and they scuffled further.

In our interview, Starr did not offer an account of what happened on the night of the assault. “There’s not much point in me re-litigating the facts,” he said. “They’re out there. They’ve been said. I’ve got nothing to add to that.”

He added that he is a someone who “believes in accountability and taking responsibility.”

“I got myself into a situation that was negative and I reacted poorly, and the way forward from that was very clear,” Starr said. “It was quite simply to take ownership of it, which I do, and then really learn from it and move forward.”

Had he considered quitting drinking after this incident?

“I wish it was that simple,” he replied. “I don’t know anyone that hasn’t, on a personal level, got things that they want to work on.”

Contacted on social media, Araujo reaffirmed his previous descriptions of his confrontation with Starr. He said that he did not bear the actor any ill will.

“I feel that all humans have the right to make mistakes and he was no exception,” Araujo wrote. “He has lived the consequences of his actions and I hope he has learned from it. I wish him good things and I hope he doesn’t go through the same thing again.”

Moriarty said she felt no hesitation about continuing to work with Starr in the future.

“There’s no world in which I would feel uncomfortable or unsafe,” she said. “I think he’s a wonderful dude that got caught up in a moment and is implementing the lessons appropriately. It’s not impacting my perception of him at all, as an actor and as a human.”

Since Will Smith’s slapping of Chris Rock in late March, Hollywood has had to confront the question of what sort of consequences are appropriate when celebrities engage in violence, however brief. For Starr, the incident in Spain does not appear to have affected his status on “The Boys.” In recent weeks, Starr has continued to appear in magazine features promoting the series and he attended a premiere event for it with his co-stars in Paris.

Eric Kripke, who developed “The Boys” for television and is its showrunner, declined to comment for this article.

Starr, however, seemed uncomfortable examining himself through a broader cultural lens. “I’ve really just kept this issue to a personal level, because it is a personal issue — a personal issue that I’ve taken responsibility for,” he said.

He spoke with more enthusiasm about “The Boys” and its seemingly inexhaustible versatility at the present moment.

On the one hand, he said the show can be viewed as a caustic parody of countless other films and TV shows adapted from comic books, one that uses now-familiar elements of the genre to comment on the frustrations and futility of 21st-century society.

Or, Starr said, it can simply be watched as a superhero entertainment itself, where good guys and bad guys put on colorful costumes and engage in combat until only one side is left standing.

“You could take it at face value,” he said. “Let it wash over you and go, aha — there’s blood and gore and fun stuff, and enough drama to make it interesting.”

“I think you can go as deep as you want,” he said.

A Timeline of Princess Diana and Dodi Fayed’s Romance

Is TV finally catching up to the rental crisis?

Bill Walker, Nashville Force as Conductor and Arranger, Dies at 95