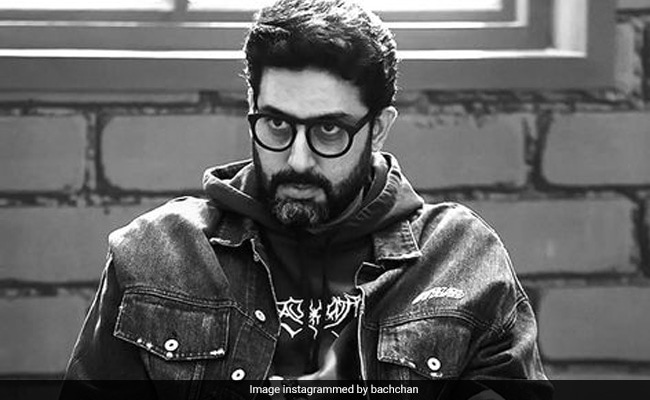 Why Boxwood, a Perennial Favorite, Needs a New Approach

Actor Abhishek Bachchan has always been known for his effortless style and dapper looks. And, thanks to social media, we often get to see several pictures and videos of Abhishek being his charming self. The latest upload from the actor features three images of himself in black and white. While the first image features Abhishek with a serious look, he looks plain confused in the second photo. In the third picture, however, Abhishek is seen flashing his million-dollar smile, looking handsome as always.

The first image contains the note, “When you are listening to the joke carefully.” The second slide says, “When you are trying to understand the joke,” followed by the third note: “When you actually get the joke.”

Referring to Abhishek Bachchan’s note about decoding a joke, his sister, Shweta Bachchan asked cheekily, “How long did it take you?”

A few days ago, Abhishek Bachchan also shared another three picture series – this time as separate posts – documenting his mood before and after coffee. “The Coffee Mood” series has three parts – “Me before coffee”, “Me when I get my coffee” and “Me after having my coffee”, with the “me” being Abhishek Bachchan, of course.

A few days ago, Abhishek Bachchan shared another set of images in which he is seen smiling and dancing with some child artists. In the caption, he said, “Keep smiling and keep dancing.”

Arjun Kapoor’s Boss Response To Troll Who Said He “Can Never Get In Shape.” Malaika Arora Reacts

Replying to the post with an adorable comment, Abhishek Bachchan said, “Yes indeed…uninhibited success shall ever keep you smiling and dancing.”

Sharing another bunch of happy images in which Abhishek Bachchan is dressed in a cool tie-dye jacket, the star wrote, “Kabhi khushi, kabhi gham #FlashbackFriday.”

Amitabh Bachchan was so impressed with his son’s jacket that he asked Abhishek, “Cool jacket. Where are you getting these? Hope you are not swiping mine,” to which the son replied with a laughing emojis.

Abhishek Bachchan was last seen in the Netflix film Dasvi.

What Makes Ranbir Kapoor The Happiest? “Spending Time With My Wife,” He Says. Aww…

Celebrity Hairstylists Pick the Best Flat Irons of All Time

Amazon workers in the U.S. and 30 other countries plan Black Friday protests

“From Cannes With Love” From Deepika Padukone. This Video Sums It Up

“I Love You,” Writes Ira Khan On Pool Pics With Boyfriend Nupur Shikhare. See His Reply