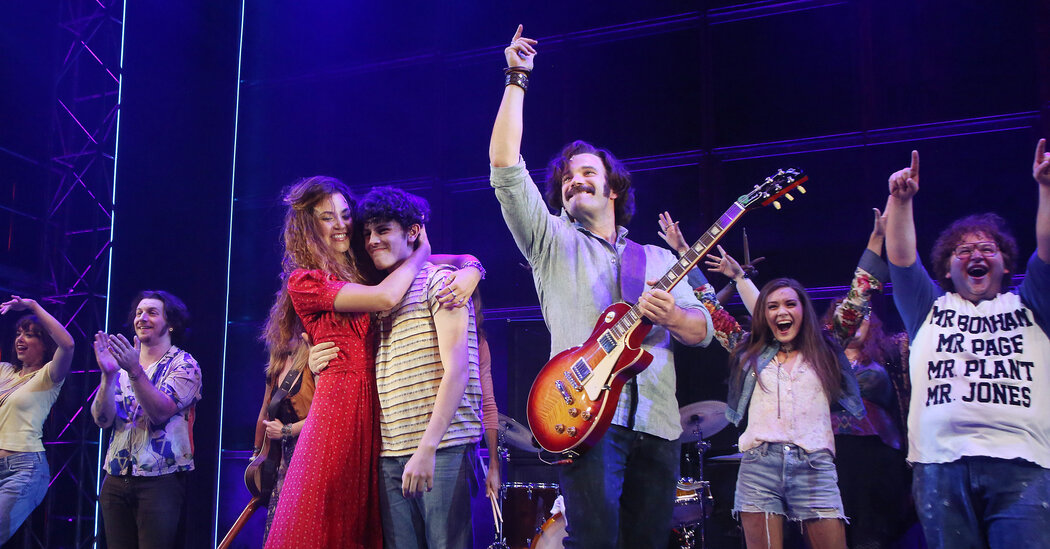 Abused and abandoned, three women share their stories of pregnancy with schizophrenia

A musical adaptation of the beloved 2000 film, the show had an initial run in San Diego in 2019, and its creative team then continued to work on the project while theaters were shut down by the coronavirus pandemic and as Broadway began to rebound.

The musical is now scheduled to begin previews on Sept. 13 and to open Oct. 11 at an unspecified Shubert theater. It is the 11th show to announce performance dates for the new Broadway season, and at least two dozen more are circling.

“Almost Famous” is Crowe’s semi-autobiographical story, set in 1973, about a teenage music journalist and his relationships with members of the band he is chronicling as well as the young women who follow it. Crowe wrote and directed the film, and won an Oscar for the screenplay; he has written the book and is a co-author of the lyrics for the musical.

In an interview, Crowe described himself as “exuberant” about the Broadway transfer, saying, “I’m ready to share it with people.”

“Every time I see the play I go back to being 15 years old,” he added.

Crowe said he grew up seeing Shakespeare plays at the Old Globe in San Diego, where the musical began its life, and that he has found working in theater more “personal and soulful” than working in the film industry. And, he said, “something about telling a story about loving music draws music-loving people.”

The Old Globe production garnered strong reviews, particularly from the critic Charles McNulty of The Los Angeles Times, who called it “an unqualified winner.”

The score is mostly original, with music by Tom Kitt (“Next to Normal”) who collaborated on the lyrics with Crowe; the musical also features a number of pop songs, including Elton John’s “Tiny Dancer” and Joni Mitchell’s “River.”

Bollywood celebrities who swear by leafy greens | The Times of India

The show is being directed by Jeremy Herrin (“Wolf Hall”) and choreographed by Sarah O’Gleby.

The lead producers are Lia Vollack, a former Sony executive who is also the lead producer of “MJ,” the Michael Jackson musical, and the Michael Cassel Group, an Australian production company that has become increasingly active on Broadway. The show is being capitalized for up to $18 million, according to a filing with the Securities and Exchange Commission.

The role of the young journalist, named William Hamilton, will be played by Casey Likes, who also played the role at the Old Globe in San Diego; this will be his Broadway debut. (“He still looks young,” Crowe promised.)

Chris Wood, best known for CW television shows including “Supergirl” and “The Vampire Diaries,” will make his Broadway debut as the band’s lead guitarist, Russell Hammond (played by Billy Crudup in the film). Anika Larsen (“Beautiful”) will take on the role of the protagonist’s mother, Elaine (played by Frances McDormand in the movie), and Solea Pfeiffer (“Hamilton”) will portray Penny Lane, Kate Hudson’s character in the film. The cast will also include Drew Gehling (“Waitress”) as the band’s lead singer, Jeff Bebe.

What Covid-19 precautions should people take for international travel?