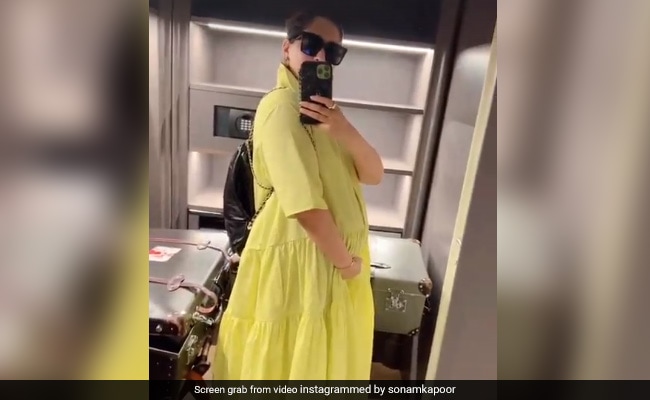 Actor Sonam Kapoor, who is expecting her first child with husband Anand Ahuja, loves to share snippets from her maternity diaries on her Instagram profile. The actress added another entry on Wednesday. In the clip, Sonam Kapoor can be seen dressed in a lime yellow outfit as she poses for a mirror selfie. No caption needed. On Wednesday, the actress also shared glimpses from what appears to be from her babymoon. Sonam Kapoor and Anand Ahuja announced pregnancy in March this year with a mushy post (more on that later). 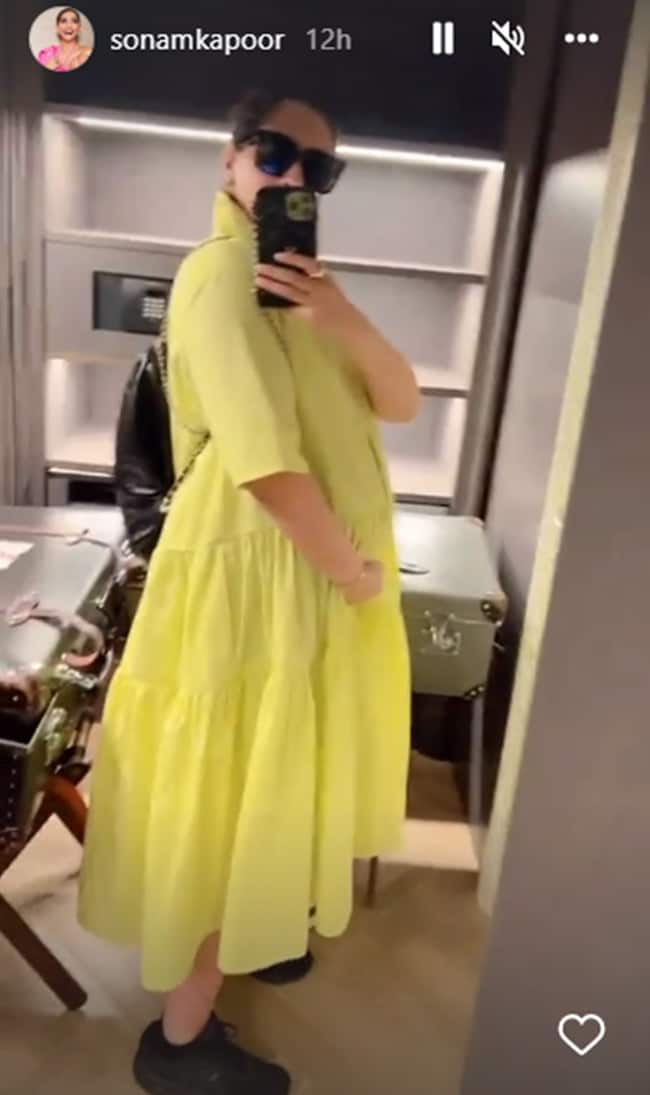 Sonam Kapoor and Anand Ahuja announced pregnancy in March. The caption on the post read: “Four hands. To raise you the very best we can. Two hearts. That will beat in unison with yours, every step of the way. One family. Who will shower you with love and support. We can’t wait to welcome you.” They added the hashtags #everydayphenomenal and #comingthisfall2022.

Sonam Kapoor married Anand Ahuja in May 2018 in Mumbai after dating for several years. Anand Ahuja runs the fashion label Bhane and the sneaker boutique VegNonVeg. The couple manage their time between Mumbai and London.

Sonam Kapoor was last seen in the 2019 film The Zoya Factor, co-starring Dulquer Salmaan and Angad Bedi. Sonam also stared in Ek Ladki Ko Dekha Toh Aisa Laga, alongside Anil Kapoor, Rajkummar Rao and Juhi Chawla. The actress will next be seen in the Shome Makhija’s film Blind. She also had a cameo in Netflix’s thriller AK vs AK, starring Anil Kapoor and Anurag Kashyap.

Molly-Mae Hague was in ‘tears over everything’ during early pregnancy

Monsoon Special: 5 Paneer Snacks You Must Try This Monsoon Season

When You Are Sonam Kapoor, This Is What Airport Looks Are Like