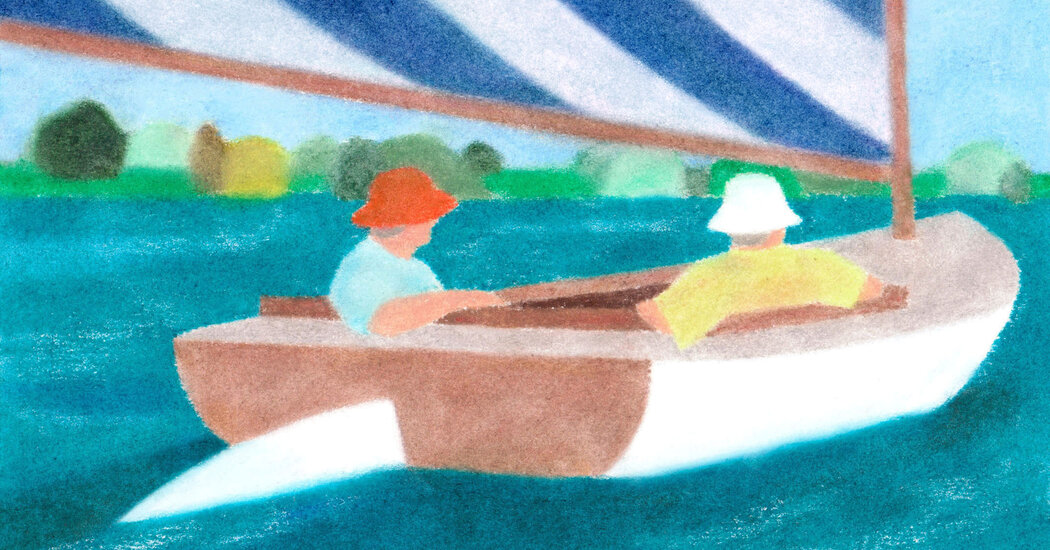 The Bachelorette Party Comes for Scottsdale

THE SUMMER FRIEND
A Memoir
By Charles McGrath

When I was a kid, my family wasn’t big on vacations. Money was tight, and we mostly limited ourselves to day trips, all five of us packed into a sweltering station wagon — automotive A.C. was a distant, utopian rumor — bound for nearby sites of historical interest. We wandered through Sturbridge Village and the battlefields of Gettysburg, nodding respectfully at the re-enactors and the cyclorama, secretly glad that we weren’t blacksmiths or candlemakers or soldiers charging on horseback into the teeth of near-certain death. After an inevitable stop at McDonald’s on the way home, my siblings and I returned to our regularly unscheduled lives of Wiffle ball and bike riding and television reruns when it rained. Our summers were pretty much like the rest of the year, just a little lazier and a lot sweatier, and they’re not bathed in my memory with any kind of nostalgic glow.

It was different for Charles (Chip) McGrath. His family wasn’t wealthy, but they were lucky enough to own a ramshackle vacation house — improbably, his grandfather had won it in a raffle — that he recalls with an affection bordering on reverence: “The weeks we spent there seemed special to me back then — enchanted, almost — and the spell has not entirely worn off.” Early in “The Summer Friend,” his sun-drenched and deeply touching memoir, McGrath describes the lake house — his family called it “the Camp” — as a kind of vanished childhood Eden, a place of adventure and self-transformation: “At school I was bullied a bit because I was a goody-goody and a teacher’s pet. But at the Camp I was popular, a leader among our little gang.” His parents sold the place when he was a teenager, but not before it left a permanent mark: “It was at the Camp that I learned how to be a summer person.”

McGrath’s memoir tells the story of his quest to recreate those golden youthful summers as an adult. At first, the narrative’s a bit of a grab bag. There’s some breezy sociological background about the democratization of leisure in America, followed by a darkly comic chapter of family history that doesn’t pull any punches: “My grandfather was known as Mac, and my brother and I despised him. He was a cranky, humorless old man, who showed up at the Camp every summer and made everyone miserable.” We watch McGrath meet his wife-to-be in New Haven in the late 1960s, and follow their young family to a short-term summer rental in an unnamed town in southeastern Massachusetts that eventually becomes their summer home.

What’s on TV This Week: The Stanley Cup Finals and ‘Chernobyl: The Lost Tapes’

Many of the later chapters are activity-based, with titles like “Swimming” and “Golfing” and “Messing About in Boats.” Readers’ enjoyment of these sections will probably vary according to their predilections. I’m not a golfer, but I loved McGrath’s snapshots of the dilapidated nine-hole courses he likes to play on, which he describes with a deadpan relish reminiscent of Bill Bryson: “The opening hole, a dinky par-3, is framed by a blue metal warehouse behind the green, and the last time I visited there was a guy out in front welding, spraying showers of sparks. The fifth, sixth and seventh fairways used to be lined with what looked like old aircraft engines. There was an enormous crater in the middle of the sixth fairway with a diesel pump laboring to suck water out.” On the other hand, my eyes glazed a bit during the boating chapter, especially the part where the “pintles” have to be dropped into the “gudgeons,” which is apparently a very delicate and important operation.

Planning to Sell Your Old Property? Here’s How To Save On Tax

Kartik Aaryan Rocked Up To These Awards In His McLaren GT. Talk About An Entrance

The Bachelorette Party Comes for Scottsdale