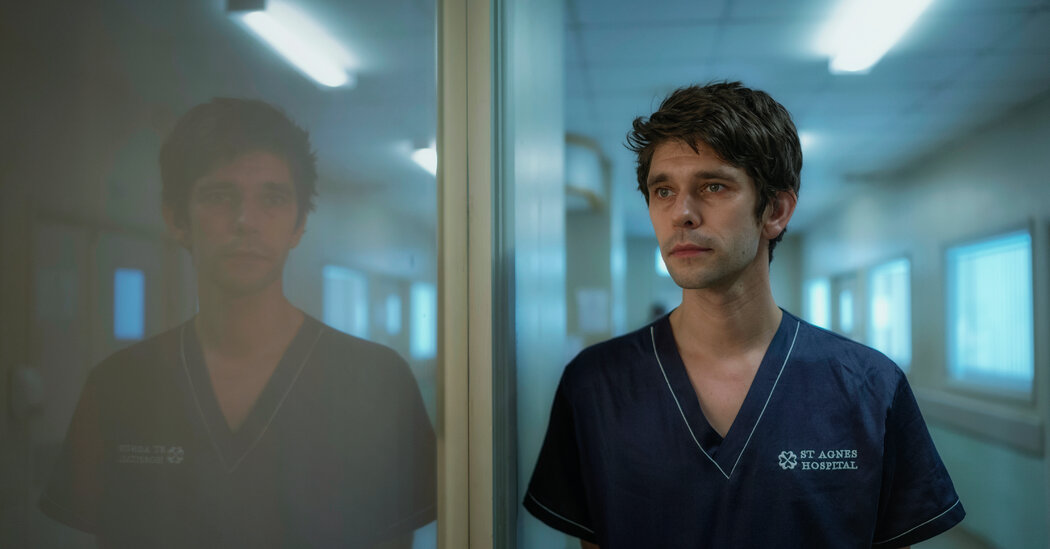 Santoli: Stocks brush off Fed worries and Microsoft concerns, but the rally may soon face a test

LONDON — In December 2010, Adam Kay was working on a British maternity ward helping a more junior doctor to perform a cesarean section. Kay had successfully delivered well over 1,200 babies, but this operation was a disaster.

The mother had an undiagnosed condition affecting the placenta, and she should not have been allowed to go into labor. The doctors only just managed to save her life — she lost 12 liters of blood — but they couldn’t save the baby.

“You want healthy mum plus healthy baby, and it was the first time I’d had neither of those things and was the most senior person in the room,” Kay said in a recent interview. He said that he had felt traumatized but that the reaction from the hospital “was like I’d sprained my ankle or something.”

After that incident, Kay left medicine. A scene revisiting the operation does not appear in “This Is Going to Hurt,” a medical drama written by Kay and starring Ben Whishaw that premieres on AMC+ and Sundance Now on Thursday after being a hit in Britain. But plenty of other episodes from his six years of working in hospitals do, in fictionalized form.

Given that the show tries to show the reality of life on a maternity ward, some moments are harrowing. But many are also funny, including a moment when Whishaw’s character, an overstressed and underpaid doctor called Adam, has to retrieve, from inside a woman, a toy egg containing an engagement ring — the woman had inserted it as a surprise for her boyfriend.

The show was commissioned shortly after Kay published a warts-and-all collection of diaries (called “This Is Going to Hurt: Secret Diaries of a Junior Doctor”) documenting his life in British hospitals. That collection, released in 2017, sold more than 2.5 million copies and was translated into 37 languages.

Kay described the book as a “confidence trick,” where silly anecdotes were used to sell a book that contained serious comments about health care and about how politicians treat doctors and nurses (it was published the year after doctors in England went on strike over working conditions). The book’s success led to Kay’s meeting Matt Hancock, the British health minister at the time, to push for more funding for doctors in need, and to his writing columns in newspapers.

Kay said that the current health minister, Sajid Javid, had also sent a note, saying that his wife liked the book. Kay’s reaction, he said, was to wonder about the minister, “Have you read it? It’s you who needs to read it.”

Despite his prominence, when “This Is Going to Hurt” appeared on the BBC in February, Kay didn’t get a universally positive reaction. Milli Hill, founder of the Positive Birth Movement, which tries to combat negative ideas around giving birth; and some users of Mumsnet, an influential parenting website, labeled both Kay and Whishaw’s acerbic character misogynist for mocking women in his care. There was also criticism over the absence of pregnant people’s voices in the show, while Hill said that the birthing scenes would be unpleasant to watch for anyone expecting a baby or who had gone through a traumatic birth.

Sitting in a London hotel bar recently, Kay, 41, seemed confused by those responses. “I heard criticism that the show should be about mums,” he said. “But that’s someone else’s program. I’m a bloke who used to be a doctor.”

Whishaw’s character was also meant to be reprehensible, Kay added — a doctor so under pressure that his life falls apart, affecting others around him. Once a few episodes had aired, Kay said, the public debate changed and he started getting emails from doctors thanking him for raising awareness of the mental health struggles that medics can face.

The show wasn’t really about the ward at all, Kay said, but about the pressures doctors are under at work, including unsustainable hours, bullying bosses and patients, low pay and often disintegrating home lives — with little way out. Whishaw’s character can be seen as passing his troubling behaviors onto a colleague, Shruti (Ambika Mod), a younger doctor meant to be under his wing.

Those mental strains are still “a taboo topic” in many hospitals, Kay said. “Doctors are not meant to get ill, and they’re specifically not meant to get mentally ill,” he noted, adding that a doctor dies by suicide every three weeks in Britain.

The pressure on doctors in the country is only getting worse, he added. There is a severe shortage of workers in the N.H.S. — the service has around 100,000 vacancies — and staff were already suffering burnout long before the pandemic. “When I left, I was a total outlier, as no one ever stopped being a doctor,” Kay said. “Now everyone’s got one eye on the exit sign as the workload feels absolutely unsustainable.”

Despite the message at its heart, Kay and the show’s two lead actors — Whishaw and Mod — said in interviews that the series was a joy to make. Whishaw said in an email that when he got the script it immediately “rang out with a truth.” The dark comedy “was exactly the type of humor people use when faced with awful things,” he added, “and I liked the awkward, flawed, troubled person at the center of it.”

Mod, in her first major role, said that the two actors received a “crash course” in obstetrics and gynecology before filming, including learning how to deliver babies with forceps and how to perform cesarean sections. On set, real doctors, scrub nurses and anesthetists appeared as extras, she added, while prosthetics helped give the show its realism.

She said that she was surprised by viewers who called the show’s operations gory and intense in posts on social media. “I didn’t think about that at all when we were filming as we would just be surrounded by pools of blood and amniotic fluid talking about what we were going to have for lunch,” she said.

Kay said that, despite the show’s focus being on Britain’s health service, he hoped it would touch a nerve in the United States, too. He imagines that “a labor ward’s a labor ward, wherever it is,” he said. After his book came out in 2017, he got messages from doctors in countries including Chad, Belarus and Venezuela, he added, saying that the themes also rang true for practitioners in those countries.

“This Is Going to Hurt” was written as a one-off series, and Kay said that he had no plans to do a follow-up. He knew he would hit his “shelf life as a writer” at some point, he said, and when that happened, he expected to return to medicine, to teach or to try and change health policy.

“I’ve got a lot of guilt about leaving,” Kay said. “Obviously, I believe the arts have enormous value, but you’d have to have quite some ego as a writer to think it was anything other than 10 steps away from saving someone’s life in an operation.”

Getaways Near Delhi, Mumbai,and Bengaluru For Your Short Trip On Diwali Weekend

Why are Kheel Batasha offered to the deities for Diwali Puja? | The Times of India