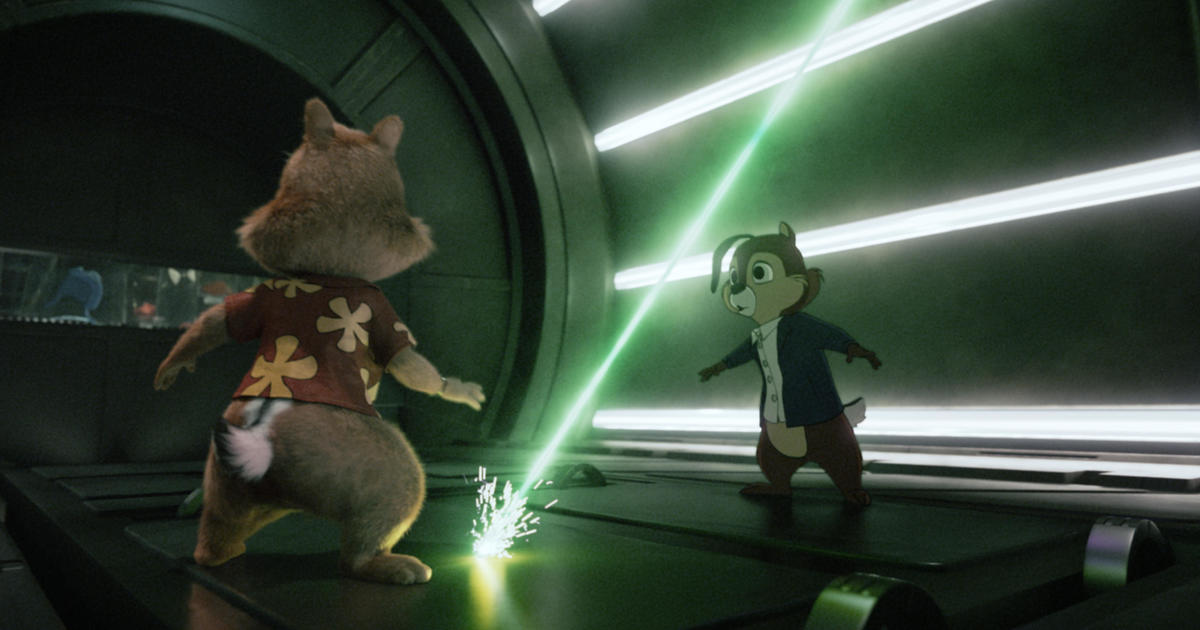 Duchess of Cambridge dons the Queen’s earrings during thanksgiving service

Quite a few reboots have been released lately. But unfortunately, not all remakes are created equal. When watching a reboot or remake, you always run the risk of spoiling your memory of the original.

That’s not a problem with these 10 great reboots that actually live up to the original. Here’s where to stream them.

The top products in this article:

Bundle Paramount+ and Showtime: $10 and up monthly

From modern takes on childhood classics such as Disney+’s “Cheaper by the Dozen” and “Chip ‘n Dale,” to revivals such as the reboot of “iCarly,” there are, contrary to what critics on the internet may have told you, some remakes worth watching.

Still searching for the right show or movie to stream this weekend? Be sure to check out our guides on everything new coming to Paramount+, new shows on Apple TV+ and all the best movies to stream this week. Plus, we’ve got family-friendly TV show and movie suggestions, recommendations for the best Hulu originals, Showtime shows worth watching and a crash course on everything you should catch up on before “Stranger Things” season four.

Here are 10 reboots that actually live up to the originals.

Showtime, Paramount+ and Essentials are all subsidiaries of Paramount.

The original “Dexter” follows the titular blood-splatter expert by day, serial killer by night (Golden Globe winner Michael C. Hall) as he hunts down other murderers, vigilante-style. This Emmy-award-winning series ran for eight seasons (also available to stream on Showtime) before getting a limited reboot.

“Dexter: New Blood” picks up a decade after the events of the original series finale. All 10 episodes of this limited-series continuation of “Dexter” are now available to stream on Showtime.

In this reboot, Rescue Rangers Chip and Dale return in present-day Los Angeles, where humans and toons live together (think “Who Framed Roger Rabbit”). This Easter egg-filled comedy is more mature than the Disney Afternoon original, but still a safe watch for the whole family. Comedians Andy Samberg and John Mulaney star in this wacky film, now streaming on Disney+.

“iCarly” ended its six-season run in 2007 with a series finale that drew 6.4 million viewers, so naturally, it was only a matter of time before everyone’s favorite internet celebrity made a comeback. Miranda Cosgrove, Nathan Kress and Jerry Trainor all reprise their iconic roles in this Paramount+ series.

The 2019-2020 revival of “The Twilight Zone” is narrated and executive-produced by Hollywood horror expert Jordan Peele. The Peele version features a star-studded carousel of guest cast members appearing across 20 haunting stories about the supernatural, racism, alien invasions, the spread of misinformation, immigration and more.

‘Cheaper By The Dozen’

This classic family comedy gets a 2022 makeover in Disney’s latest take on “Cheaper by the Dozen.” Zach Braff and Gabrielle Union star as Mr. and Mrs. Baker in a cast that includes Erika Christensen, Timon Kyle Durrett, Journee Brown, Kylie Rogers and more. Together, this blended family of 12 is ready to take on the world.

“Cheaper By The Dozen,” now streaming on Disney+

Netflix’s reimagining of the classic 1975 sitcom of the same name centers on a Cuban-American family headed by a fearless matriarch (played by Justina Machado). Newly single, the veteran-turned-nurse navigates raising her two teens with the help (and hindrance) of her old-fashioned mom and building manager. All three seasons of Netflix’s “One Day at a Time” are available to stream on the platform.

“One Day at a Time,” now streaming on Netflix

Based on the beloved 1998 Nickelodeon cartoon “The Fairly OddParents,” this Paramount+ original series blends animation and live action. Daran Norris and Susanne Blakeslee return as Cosmo and Wanda in this all-new take on the classic kids comedy series. All 13 episodes of “The Fairly OddParents: Fairly Odder” are available to stream on Paramount+.

While David Lynch’s 1984 take on Frank Herbert’s classic science-fiction saga never quite lived up to its potential, “Dune” (2021) was the most-honored film at the 94th Academy Awards. The movie, starring Timothée Chalamet, Zendaya and Jason Momoa, won six categories, including best original score and best visual effects. How’s that for a reboot worth watching?

‘The Proud Family: Louder and Prouder’

“The Proud Family: Louder and Prouder,” now streaming on Disney+

Looking to upgrade your at-home viewing experience so you can stream the latest shows and movies in style? Keep reading to check out the best deals on TVs and other streaming accessories including TV mounts, streaming sticks and more.

The latest edition of “The Frame” features a matte, anti-reflection display. The 1-inch-thick screen can stream all your favorite TV shows and movies in 4K resolution, and seamlessly transition to “Art Mode” to display your favorite paintings and photographs.

Prefer your painting-inspired TV to be an LG? The LG OLED GX can hang on your wall just like a painting — that’s why it’s known as a gallery-design TV. This LG OLED TV takes wall mounting to the next level: LG promises there’ll be “no gap” between your ultra-thin screen and the wall.

Amazon has the 55-inch 2020 model of the LG OLED GX marked down 7% right now. The LG OLED GX boasts 4K resolution, built-in Alexa and Google Assistant, as well as built-in streaming apps for Netflix and more.

For Google loyalists, the new 2022 Chromecast with Google TV can, ahem, streamline your streaming experience. Get personal recommendations based on your subscriptions, viewing history and purchase history.

Mount your new TV with ease with this tilted, 4.8-star-rated wall mount. It’s designed to handle televisions ranging in size from 47 to 84 inches.

Watch: How To Make Instant Mixed Pickle For Winter Season

5 Times When Kajol Slayed as a Wedding Guest; Pics

Viral Recipe: This Homemade Garlic Oil Will Amp Up Your Usual Meals